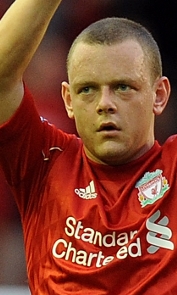 Kuyt: We're not giving up

Jay Spearing insists Liverpool still have hope that they can clinch a European spot when they head to Aston Villa in the last game of 2010-11 next Sunday.

Despite Tottenham Hotspur now being in the driving seat for that fifth spot after Sunday's 2-0 win at Anfield, the midfielder claims there could still be a final twist in the season finale.

Birmingham City travel to White Hart Lane next Sunday needing a result to stay in the Barclays Premier League so there is still reason for optimism that the chase for Europe is still very much alive. 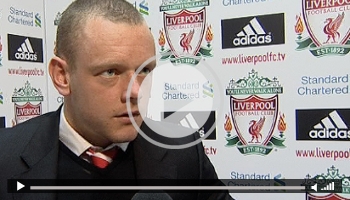 Speaking after our 2-0 defeat in the final home game of the campaign, Spearing admitted the Reds were second best on the day.

"Right from the off we didn't start quick enough and they got on top of us and caused us a lot of problems," Spearing told Liverpoolfc.tv.

"In the second half we seemed to step it up a little bit but unfortunately it was too late."

Liverpool's No.26 also expressed his frustration at the award of a penalty which gave Tottenham a two goal cushion when John Flanagan was penalised for a challenge on Steven Pienaar.

He added: "There's not much I can say about it now but I don't think it was a penalty. The referee gave it and we have to get on with it.

"We've got to go to Aston Villa now and make sure we get the three points and then see what happens in the Birmingham game.

"We still believe we can do it and we will give it everything we have got in the last game." 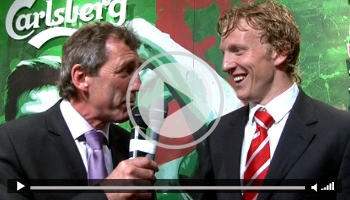