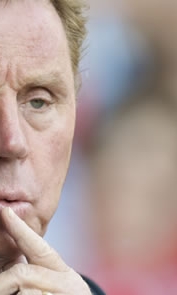 Reserves on fire in Hong Kong

Harry Redknapp has described Kenny Dalglish as 'a proper legend' and is tipping the Scot to transform Liverpool into serious contenders next season.

The Reds boss penned a three-year deal to remain at the Anfield helm earlier this week and Redknapp reckons he is just the man to get the very best out of Liverpool's star names.

"Kenny has done a great job since he's taken over," he said.

"He's a top man, a different class, a proper legend of the game. Liverpool fans love him, he's Liverpool through and through.

"It's a great club with a great tradition and I'm very pleased to see Kenny back in charge there.

"Next season Liverpool will be stronger again. Suarez has done great and there's Carroll up front too.

"Steven Gerrard and Jamie Carragher are the backbone of the team and they have a fantastic keeper in Pepe Reina. They have the nucleus of a very strong team."

The Reds welcome Tottenham to L4 in the knowledge that a victory would secure fifth spot and a place in the Europa League next season.

Redknapp insists the Londoners still have designs on finishing above Liverpool but accepts it will be a tough proposition.

"You want to finish as high as you can. I want to go to Liverpool and win," he said.

"It's important to finish as high as you can and that's fifth place for us.

"Qualifying for the Europa League would be a double-edged sword, but I still hope we make it.

"I want to go to Liverpool and win. You want to win every game. We want to finish above Liverpool if we can.

"How many times has that happened? Not many. We have to do that if we can."