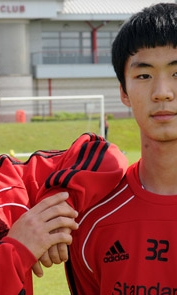 In an exclusive diary for Liverpoolfc.tv, two teenage trialists relive their experiences during a week at Liverpool Football Club.

How did they feel pulling on the famous red shirt for the first time? How would supporters back in South Korea react to the news that they were on Merseyside? And did they get to rub shoulders with some of our star names?

Find out more in this interesting account of their time at the club's Academy. 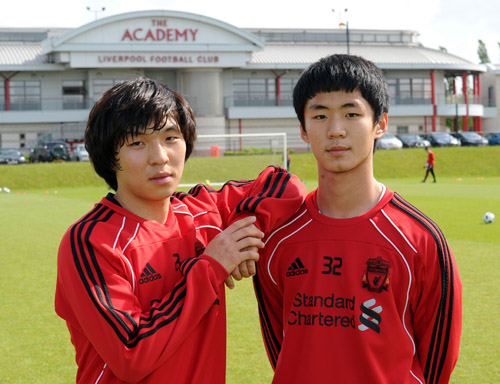 Kim Yoon-Soo (Pictured right): I woke up ahead of our first day of training still pinching myself.

I couldn't believe that within hours of arriving in England, I had been up to Melwood to meet some of Liverpool's first-team stars.

It was Saturday afternoon and the moment I walked through the entrance I bumped into Dirk Kuyt and Luis Suarez. I even got the chance to take a quick snapshot with Andy Carroll! It felt like it was all a wonderful dream but it was very much a reality. Meeting them made me even more determined to show what I could do when we arrived at the Kirkby Academy to have our first session with the reserve team on Monday.

It was great fun and I really enjoyed the atmopshere even though I do not understand English very well. I was later told that the man who had taken the session, Pep Segura, had coached my idol, Xavi at an early age!

We did a few interviews with LFC TV after lunch and then it was back to the hotel to chill. I was shattered. I remember dozing off that night wondering how good Xavi was at the age of 16. One thing's for sure, I could definitely get used to this! 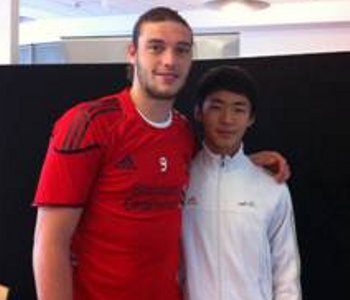 Park Hyeon-Jin: The first day of a trial period is always going to involve a few butterflies beforehand, but I have to say that everyone was so welcoming that I soon forgot about it and just enjoyed my football.

The reserve players all seemed to be having good fun and I can't remember the last time I had such a laugh. The session was very efficient and I was hugely impressed with the facilities. With this kind of support no wonder there are pictures of so many great players hung in the hallways.

Kim Yoon-Soo: With the reserves travelling to Hong Kong for a Sevens tournament, it was like a first day all over again when we joined up with Rodolfo Borrell and his U18 squad for training.

I was quite nervous but I did enjoy it - though it did take me a while to get used to the grass. It is much wetter than back home so the ball travels faster.

I was also surprised at how much banter there is amongst the players and the coaches. In Korea it is much more regimented, more like an army boot camp.

Overall I think it went okay but I knew that I needed to improve if I was going to realise my dream of coming here full-time.

Park Hyeon-Jin: I was really impressed with the U18s' set-up.

Rodolfo Borrell struck me as a superb coach right away and I found his training programme to be very creative.

The session went quite well and I came away thinking how privileged all of those players are to be able to wear the red of Liverpool. They are truly blessed. 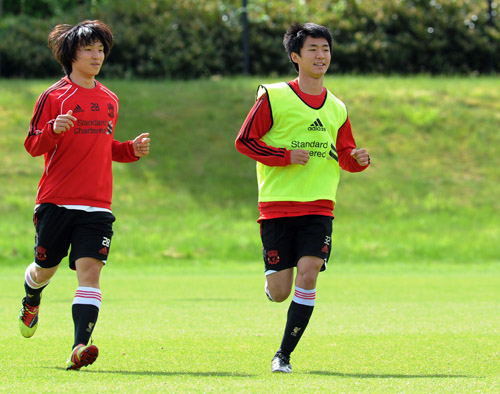 Kim Yoon-Soo: The day started off with a fitness test. It was quite rigorous but it wasn't a problem.

We then enjoyed another good training session. Again, I felt I could have done better but my mood was soon cheered when I found out we were going to visit Anfield in the afternoon.

We were treated to a special tour of the ground; from the changing room and the famous 'This is Anfield' sign right through to sitting in the Kop.

All I can say about that experience is 'WOW'! I'll never forget that day - everything was perfect. 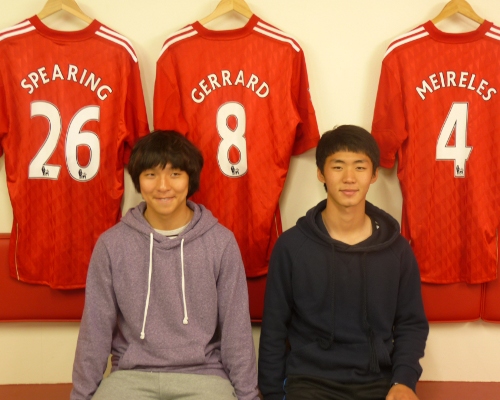 Park Hyeon-Jin: Training with these U18 players really is a treat.

After the warm-up we had a mini game consisting of three 10 minutes periods.

The thing that I have noticed most about these players is there passion and desire to do well. That has really struck a chord with me and convinced me that one day I would love to have the opportunity to play here.

We visited Anfield stadium in the afternoon. I was blown away by it and when we visited the museum I began to appreciate just how BIG this club is.

It was great seeing all of the trophies and going down the players' tunnel but the thing I will remember most is the memorial for 96 fans who passed away at the Hillsborough tragedy.

Every persons name was engraved and I realised just how much this club cares about its fans. I wasn't a supporter of Liverpool when I arrived in England - but I am now. 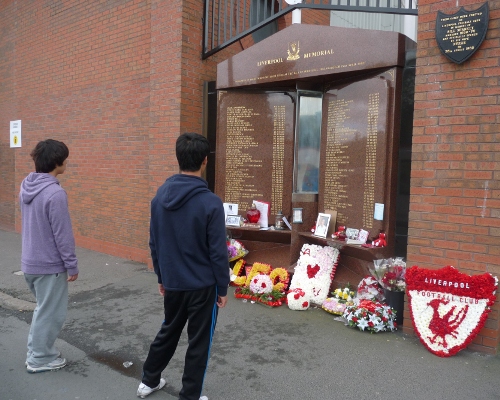 Kim Yoon-Soo: Our final training session came around far too quickly. The U18s had a day off on the Friday to go to Alton Towers, so this was our last chance to impress.

I thought I did well and it was definitely my most impressive performance of the week. Whether I did enough, only time will tell.

All I can say is that this has been the experience of a lifetime. Whatever happens, I know this will make me a stronger player and a better person. Thank you to everyone at Liverpool Football Club. 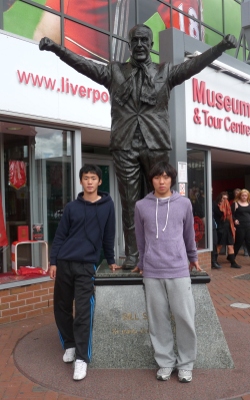 Park Hyeon-Jin: In a way I felt a bit sad as we made our way onto the Academy playing pitches for our final session.

This week has been one I will never forget and to be honest, I didn't want it to end.

I don't know what the future holds but I would have no hesitation in coming here. This was the most amazing week of my life.

Liverpoolfc.tv would like to thank William Hong for his help with translation.