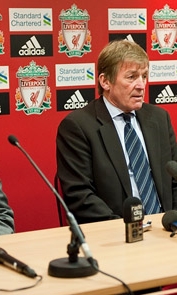 Damien Comolli today spoke of his satisfaction at how the big decisions Liverpool Football Club made in January have paid dividends.

The Reds replaced Roy Hodgson with Kenny Dalglish on the first weekend of 2011 and the Scot, aided by a new addition to the backroom staff in Steve Clarke, has helped mastermind a turnaround in the team's fortunes, taking them from 12th place in the Barclays Premier League table to the brink of European qualification.

Meanwhile, on a hectic January transfer deadline day, Fernando Torres was sold to Chelsea while strike pair Luis Suarez and Andy Carroll were drafted in as Liverpool broke their transfer record twice on the same day.

Comolli insists the work done by the Reds in January has paid off, and he was keen to praise the strength of the working relationship that exists between himself, Dalglish, Clarke, Managing Director Ian Ayre, Principal Owner John Henry, and Chairman Tom Werner.

"Since Kenny came in, I think we have shown to ourselves and everybody else in the outside world that the four of us and the two owners work very well together when it is crunch decision time," the Reds Director of Football told reporters at Melwood.

"That's what we did in January and I think we enjoyed that moment. All of the decisions we made in January have started to pay off - and hopefully they're going to pay off for a long time.

"It (my role) hasn't changed much. It's a working relationship on a daily basis with Kenny talking about everything, a lot of players, the future and the present, so not much has changed.

"It's been a great ride because gradually the results have improved massively and also, again, because what we did in January has paid off." 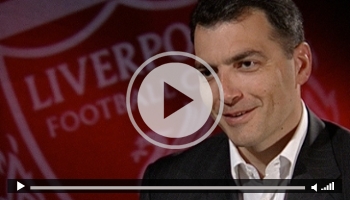 News of Dalglish's permanent appointment was confirmed on Thursday afternoon after the 60-year-old was originally drafted in on a temporary basis until the end of the season.

However, having engineered Liverpool's resurgence up the table, Comolli believes the decision to hand the Scot a three-year deal was simply a 'no brainer'.

"If you remember what I said in January, we were talking about man management, playing style and attacking football - and that's exactly what we've seen.

"I don't think there is anybody better than Kenny to explain what the identity of the club is about.

"We've seen exactly what we thought we would see and that's why we absolutely looked nowhere else and spoke to nobody (else).

"I was actually quite surprised there was so little speculation and nobody linked with the job around Europe, the world and in the press.

"I asked myself the question, and the reason is because it was a no brainer for everybody."

It's not only senior personnel who have thrived under Dalglish's tutelage, with the likes of Academy graduates Martin Kelly, Jay Spearing, John Flanagan and Jack Robinson making big impressions on the first team.

Comolli continued: "It's always easier to work when you have very positive results and after a performance like Monday's (against Fulham), it is a lot easier to do anything that is related to the football club.

"Obviously I, like everybody else, have been very impressed with the way they - and I include Steve in that - have turned it around, the quality of the football, the enthusiasm and confidence of the players, and the way Kenny has managed to integrate very young players into the first team.

"If you take the 20 youngest players who have played in the Premier League this season, we've got three - Jonjo (Shelvey), Jack Robinson and Flanno (John Flanagan) - and that's all credit to Kenny."

With Dalglish's position as permanent Liverpool manager now confirmed, reporters were eager to know whether Comolli had already begun work on how the Club plan to strengthen the squad this summer.

However, the Frenchman was eager to point out how impressed everybody connected with the Reds has been with the performance levels of the current crop of players since January and insisted that, with two games still to play, everybody at Anfield was focused on trying to end the season with a maximum six-point haul.

"It's the game - players going out and players coming in," he said. "We have to respect what the current players have done this season.

"They've done tremendously since January. If you take the point average for games since January, we are second in the league and that's a fantastic turnaround.

"We know what we are doing, but we will absolutely concentrate on this season."

Meanwhile, journalists quizzed Comolli on the changes he's witnessed at Liverpool since he originally arrived at Anfield in November 2010.

He replied: "The atmosphere is very different because we are winning games.

"When you win a lot of games and you play great football, it changes the atmosphere of the place, so that's probably the first thing.

"Then throughout the Club there is a lot of confidence, self belief and enthusiasm from the players and also the staff.

"Coming back to the young players, it is an absolute fantastic motivation for everybody involved at the Academy to see that now we have three, four or five first-team players who have been welcomed from the Academy.

"That is a very strong statement and just that unified the club massively."