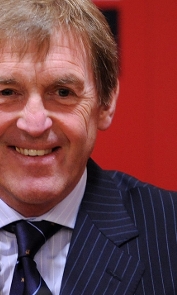 Kenny: This is reward for us all

Kenny Dalglish is being officially unveiled as Liverpool's new full-time manager at Melwood - and you can watch the press conference live on LFC TV.

Tune in on SKY channel 434 or Virgin channel 544 and watch Kenny answering questions from the media after being confirmed as our new boss on a three-year deal.

The press conference is scheduled to get underway at 1.30pm but could be subject to a short delay.

Dalglish will be joined at the press conference by Managing Director Ian Ayre and Director of Football Damien Comolli, both of whom will also be explaining the reasons behind their decision to hand Kenny a permanent deal.

It's a press conference not to be missed - so turn on LFC TV right now and watch the King of Anfield talking live from Melwood.

You can also watch LFC TV via LFC TV Online on your PC - but don't worry if you miss it as the press conference will be available to watch in full and on demand later this afternoon. Stay tuned to the website for full details.