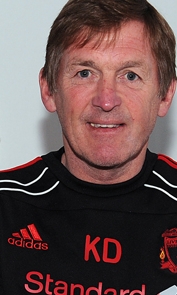 After being confirmed as Liverpool's new full-time manager, Kenny Dalglish gave his first interview to Liverpoolfc.tv.

Many congratulations, Kenny, how does it feel to be the permanent manager of Liverpool Football Club once again?

I'm obviously delighted to be given the opportunity. When we came back in January there were no promises from anyone as to what to expect, so for me it was an ideal opportunity to go in and prove I had something to offer. As we've said before, the circumstances weren't ideal as a good man in Roy had lost his job, but that wasn't my decision. They asked me if I would come in and help and there was no hesitation from me. Because we have come in and done reasonably well they've asked if I'll be agreeable to coming in and doing it permanently, so for me it's a great reward for the work that's been done, not just by me but Steve, Sammy, the players and the people on the terraces and everyone else inside the club, including the owners.

We said at the outset if we stick together and work together then it makes it easier to produce better results and I think that is the main reason why results have improved, because people have stuck together. We've got the reward for that with a great number of points.

I really enjoy coming into work, I enjoy putting a smile on peoples faces, but it's not just what I've done. Everybody has made a huge contribution to help us get this far.

Have the last few months exceeded your expectations in terms of how far you could take the club forward in such a short space of time?

No, because we never set any expectations except to do the best we possibly could in every game. I never set any targets, but obviously we had to improve and we have done. We haven't finished the season yet, there are still a couple of games to go and the same principles will apply. We have a game on Sunday that we want to get the most we possibly can out of.

We have moved forward because everybody has got together and we are a stronger force when we are the one unit. Obviously, off the pitch the appointments of Ian Ayre and Damien Comolli have helped to bring a bit of calm and a bit of authority. They are two good men and that helps. When you start getting good people working for the club it always helps.

When you look at what has been achieved over just a few months, how excited are you by what the future holds for Liverpool?

We wouldn't have taken it if we weren't excited about it. We're not going to make any predictions. We've got reward for what we have done but we have worked really hard to get here. If we continue to do that then we will get further rewards. We can't afford to think that because we are finishing strongly that's us set up for next year. When the game has finished you get whatever you deserve from that game and move forward to the next one. It's the same for us. There won't be any complacency for next year because of what's happened this year and we also shouldn't get carried away. We should be as Liverpool has always been and that's respectful to others. If we have business to do then we do it privately and as best as we possibly can. 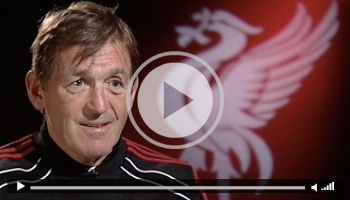 We're still in the final days of this season, but is work already taking place behind the scenes to plan for the new campaign?

Work was getting done anyway about players' coming back for training. The only difference is there isn't someone else coming in to take over what the planning is.

You've given a few of the younger players a real run in the team - what has impressed you the most about how they've performed?

The young lads have been fantastic. A few have come down and trained and they have never let themselves down. They have always done the Academy proud. That's really rewarding and should be rewarding for Rodolfo, Pep, Coops and Frank. It's always refreshing for a football club to see young players coming through and I think the first team players enjoy seeing the youngsters coming through and training with them. It gives them a lift. We've been delighted with the Academy. We're disappointed not to have got to the play offs but we never got there because everybody was taking the players. We had a couple with the reserves and England took three, so it was a big ask for them to get there. With a bit more common sense with the fixtures they would have done better, but we are only disappointed for Rodolfo and the lads that they didn't qualify. We're not disappointed in any way, shape or form with them.

The fans have shown you fantastic support - how proud has that made you feel?

It's not just about myself. The supporters have been fantastic throughout the years I've been spent here, whether I've been at the club or coming back with Blackburn or Newcastle. I have always been well received by the supporters and I am more pleased that they've got a smile on their face now because when you were watching the team before and they weren't getting results then everyone was disappointed, including the players and the manager. The supporters have a bit of pride back and a smile on their faces. The boys are playing some great football on the pitch but for me it's a reward for the fans rather than for me.

Do you have a message to the fans today, all of whom will be thrilled with this news?

Thanks very much for sticking behind me. You can see the reward that everybody gets if we are all together. The supporters do their bit to get behind the players and the players do their bit to try and lift the fans. It's a good fusion when you get the two working together. Allied to that we have the owners who are well prepared to take the club onwards and upwards and I think we have a rosy future.

We have kids at the Academy who are looking very promising, but at the same time we are not getting carried away. People have been making predictions about what's going to happen next year but the most important thing for us is we show the determination and the effort to put in a good show next year. Whatever happens then will happen.

And it would be nice to crown a great week by winning on Sunday and securing European qualification for next season...

It would be nice to win it. I think that, without saying we're not going to win, if the players don't get credit for what they've done so far - irrespective of what the next two results are going to be - then I think there is something wrong. They have done fantastically well and have probably gone over everybody's expectations and so deserve huge credit. In the last two games we'll be trying our best to get a positive result.