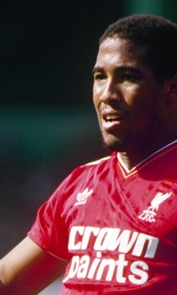 Our new boss in 25 great pics

The England ace was a major player when the Reds last won the crown back in 1990, and with some quality additions to the squad he is confident that a trophy won't be far away.

"The timescale (of challenging for the league) depends on the quality of the players they can get in," said Barnes.

"If they don't bring much more quality in to this squad, then I don't think they can win the title next year, they can only progress.

"But with a little bit more investment, getting two or three quality players into the squad, I think they could challenge next year. But it really does depend on who they get."

"Since Kenny has been there, they have had a fantastic run. And I feel that they can challenge for a Champions League place next year.

"I still don't think the current squad is good enough to win the league, but Kenny has maximised the potential of his squad, he is making them play consistently well, and they will definitely be challenging for honours - or at least for a place back in the Champions League - next season.

"The pressure will be on, especially having had the run that they have had since Kenny has been there. People are naturally expecting them to continue into next season and to be right up there, which I believe they can be.

"However, after the euphoria of Kenny being back, and the last half of the season going so well, we have to be realistic in what we expect for next year. That is why, with Kenny maximising the potential of this squad, the potential is there to challenge for a Champions League place.

"To say that this squad can actually win the league? No. I still think it needs to be strengthened in certain areas." 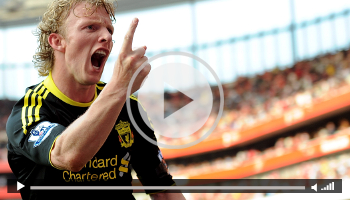 Barnes has also been impressed with youngsters like Jay Spearing and John Flanagan who have shone in the team under Dalglish's tutorship.

"The only way a manager can bring through young players is if he knows he is going to be given time to develop them and, apart from Alex Ferguson and Kenny - because of the reverence that the fans have for them, other managers haven't got that time.

"Had it not worked with Flanagan and Jack Robinson, people still would have supported Kenny and would have trusted he was doing the right thing by bringing the youngsters through.

"Most other managers know that if it doesn't work straight away, then they will be sacked. Because of the demands of instant success, managers feel they have to go out and spend money, which is unfortunate.

"If a manager could be guaranteed a year to bring through young players, then I'm sure most would appreciate that and would use that. But sadly most managers know that if it doesn't work, then in four or five months' time they will be sacked.

The Reds defender made his 666th appearance in Monday's demolition of Fulham, claiming the second spot as his own in the club's all-time appearances list.

Former midfielder Barnes praised Carragher for his accomplishment and feels it is more poignant that the milestone was achieved by a home-grown player.

"It's a fantastic feat for Jamie, and of course I was there when Jamie first got into the side. He worked at his game," said Barnes.

"He's a development of the Liverpool Academy which is a testament to the Academy because we always say they will produce the best players.

"They produce players like Jamie Carragher because he works hard at his game. He's a fantastic professional."