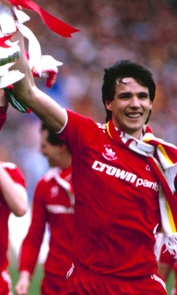 Jim Beglin has recalled the 'remarkable' achievement that saw Liverpool clinch the 'double' 25 years ago today.

The former Reds defender made 53 appearances in Kenny Dalglish's first campaign at the helm, producing a string of outstanding displays in what many supporters regard as his finest for the club.

A 3-1 win over Everton in the first all-Merseyside FA Cup final was the icing on the cake and an occasion the Irishman will never forget. 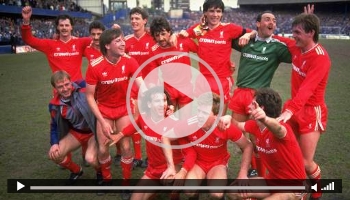 "That final was such a brilliant occasion. I must have had 60 family and friends over from my home town of Waterford. To be able to celebrate with them was amazing.

"For me to get in that Liverpool side and then achieve something like that meant so much.

"It's the only double the club has ever done and considering what happened to me a few months later with the broken leg, it's extra special for me.

"To win the league and then go to Wembley a week later and come back against Everton to lift the Cup, that's as good as it gets.

"It was the best high you can ever experience in football and something to be hugely proud of. The whole experience was just out of this world."

He continued: "Alan Hansen was our skipper and I know he's said he didn't think we would win anything that season.

"When we lost to Everton at Anfield in the February we were well off the pace but after that we went on an incredible run.

"Maybe Liverpool teams before and after have had better ability than us but that side had terrific spirit and character. That really shone through in the final weeks of the season."

Beglin believes the pivotal moment in Liverpool's season came when Kenny Dalglish returned from injury to inspire the team on a run that saw them come form nowhere to pip Everton to the title.

"Kenny had been injured and hadn't played in the defeat to Everton," said Beglin.

"When Kenny came back into the side I certainly noticed a change in the focus and the purpose of the team. Kenny had this aura and presence about him that lifted others.

"Suddenly there was an intensity about our football not seen previously. I attribute a lot of that to Kenny.

"He was great with the players but he also wasn't afraid to hand out a rollicking. If I bounced the ball into his feet and didn't make it easy for him to control, he let me know about it! On little details he would be on top of you. As a result everyone's levels shots up."

Despite heading into the Wembley final on the back of the title triumph, Liverpool were second best in a first 45 dominated by their neighbours.

Beglin admits they weren't at the races early on but they responded in swashbuckling style.

"We had great momentum going into the final but we started the game really poorly," Beglin said.

"I remember at half-time Kenny didn't say much. Ronnie Moran was going on about we hadn't even started to get the ball down and play and he was right.

"Once we got the equaliser we went from strength to strength. Everton collapsed a bit and in the end 3-1 didn't flatter us. In fact we could have scored more.

He continued: "I also remember a moment when Bruce was telling me to let the ball run through but I put my foot on it. I was trying to shield it from Trevor Steven and ended up getting into a bit of a muddle.

"Bruce got excited and called me something, I called him something back and then he hit me.

"I was about to hit him back when it flashed through my mind that my friends and family were in the stand and there were millions on TV watching.

"I've heard people say that was the turning point.

"That it was the moment when we all realised we had to improve or we would be handing the Cup to Everton.

"If that was the wake-up call we needed then great. We hadn't been in the game until that point.

"Bruce and I made up pretty quickly. At the final whistle we had a big hug and shared a few beers and champagne in the dressing room.

"The memories of that night are hazy - I think we all ended up in Stringfellows."

The success inevitably led to an unforgettable homecoming, an afternoon that Beglin can still recall vividly.

"The reception when we got home was unbelievable," Beglin added.

"It had already been decided that whatever happened both teams would go on the bus. It must have been difficult for Everton's players because I wouldn't have fancied being along for the ride if they had just won the double.

"But there were thousands of Evertonians on the streets as well and their team deserved praise because they were one hell of a side.

"They won the league in '85 and '87 and at that time Merseyside boasted the best two teams in the country.

"They were special times for the city and I'm proud to have been part of such a remarkable season in Liverpool's history."

"LFC's Most Wanted" at 3pm today on LFC TV is dedicted solely to our double success of 1986 with 20 must-watch video clips from that glorious season to enjoy."