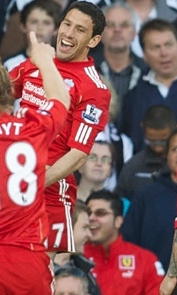 Dirk Kuyt paid special tribute to Maxi Rodriguez after the Argentine notched his second hat-trick in the space of two weeks during the 5-2 rout of Fulham on Monday night.

Liverpool's No.17 took his tally to 10 goals for the season and the Dutch ace insists it is a great reward for a popular figure in the dressing room.

"It was an unbelievable night again for Maxi," said Kuyt.

"Before the Birmingham game he hadn't played for a while so to come in and score two hat-tricks in successive weeks is fantastic.

"He is in really good form for us in front of goal.

"Whenever Maxi wasn't playing he was training well and still working hard and he was waiting for the moment when the manager needed him.

"The way he has responded to the manager's faith in him has been superb. Maxi is a great player and we are all delighted for him.

"The goal that sealed his hat-trick was just a great strike. I saw it again after the game and it looked even better." 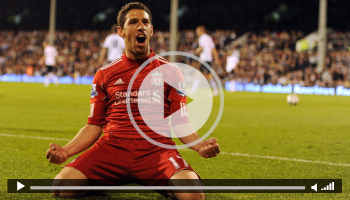 Kuyt also touched upon the feel good factor that Kenny Dalglish has installed in the dressing room and admitted it is a pleasure to play in this team.

"It was an unbelievable start to the game scoring so early," he added.

"We arrived in London on Sunday afternoon which was a long time to wait before the match, and the manager had told us to make sure we were ready for this game.

"It was an unbelievable start and we responded very well, going 3-0 up after just 15 minutes.

"It's really enjoyable to play in this team. Everyone is attacking and defending well and the only thing I see in the dressing room is smiles on faces.

Click on the play button below to watch the highlights 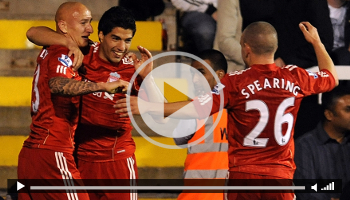 "Our aim is to get into Europe and we want to get the maximum points we can.

"We are looking forward now to the Tottenham game. We are in great form but Sunday will be another very tough game.

"We have to be ready and if play the same way like we did at Fulham then we will have a chance to get a great result."