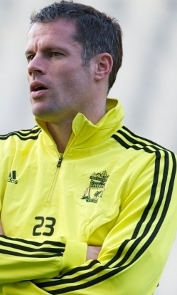 Kenny Dalglish today labelled Jamie Carragher a 'fantastic servant' to the game as the defender prepares to reach another LFC milestone.

The 33-year-old will play his 665th game in Liverpool colours against Newcastle on Sunday - putting him level second with Emlyn Hughes and Ray Clemence in the club's all-time appearance table.

He will then set about catching Ian Callaghan on 857.

And Dalglish told Liverpoolfc.tv: "Carra has been a fantastic servant to this football club. I don't know how far short he is from Cally's record - I think he's got a wee while to go before he reaches that, but he's been great.

"He's been a real compliment to this football club.

Click on the image to watch our chat with the boss 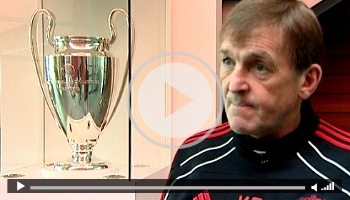 "His record speaks for itself."

Carragher signed his first professional contract at Anfield in October 1996. Three months later he was rewarded with a debut, replacing Rob Jones in the 75th minute of a League Cup defeat at Middlesbrough's Riverside Stadium.

He then scored on his full debut against Aston Villa - but that wasn't his first in front of the Kop.

Supporters may not know that as well as playing across the defence and in midfield for Liverpool, Carragher operated as a striker when he was a boy. And the No.23 will proudly tell you about the 25-yard screamer he once scored for Bootle Boys at the Kop end.

A couple of decades later he has barely added to his goals tally, with just five professional strikes to his name.

But with more appearances than any player in Liverpool's recent history - not forgetting 38 England caps - Carragher is an ideal role model for youngsters such as Jack Robinson, John Flanagan and others hoping to make the grade at Anfield.

"It wouldn't be bad for them to model themselves on Jamie or Steven (Gerrard)," said the boss.

"There are a lot of things a local lad trying to come through has to endure and the ones who might experience that in the future could do a lot worse than having a word with either of them because they know what lies ahead.

"Not just talk to them about coming through, but also about football in general."