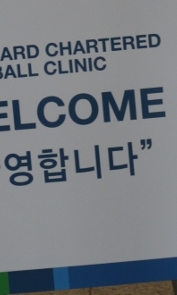 Accompanied by eight Liverpool coaches, Rush will spend his time in Korea helping to pass on some of his considerable football knowledge to 100 of the country's most gifted young players. Another 100 local children will also receive expert coaching in the 'Liverpool way' during the clinic with many visually impaired youngsters also receiving special guidance from the LFC staff.

For Standard Chartered, who as well as being the main sponsor of Liverpool FC, also sponsor the youth development programme of the national K-League, this week is the perfect opportunity to bring the two together for the obvious long-term benefit of the Korean football scene.

This week's clinic in Seoul is the third such venture for Liverpool FC and Standard Chartered since the sponsorship deal began in July 2010. In August last year, Nairobi in Kenya was the setting for the first joint football clinic attended by 200 local children, some from Kibera, one of the poorest slums in Africa. In February, east London was the venue for another highly successful project, with many visually impaired children receiving hours of specialised training from Liverpool's Community Coaches and England greatest ever blind international, David Clarke. 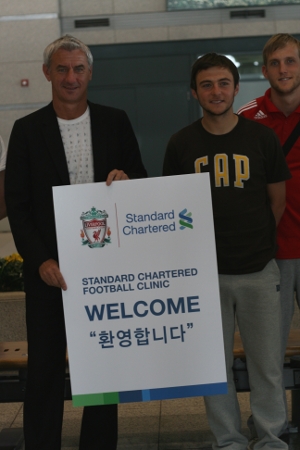 Ian Rush has been present at both football clinics so far and believes that this trip could be the best yet. "I've spent a lot of time in the Far East recently and it still amazes me just how much love there is for Liverpool Football Club over here," he says. "Wherever I go, I meet fans who have grown up supporting the team I played in and have passed that affection down to their children and now they seem just as passionate as their parents. We've only just arrived in Korea but already I've spoken to fans who've told me how pleased they are Liverpool Football Club is coming here in the summer with the first team.

"Hopefully this week with the football clinic, we can actually help try and develop some of the young players from the K-League. If we can improve just one player by even a few per cent then that will be good for the game here.

"In Kenya and London, we saw kids with big smiles on their faces and I'm sure it will be the same in Seoul. Every young boy wants to make it as a professional footballer but as long as they enjoy what we do this week then that will be a success for me. Liverpool Football Club has brought me so much happiness during my career in football and now I'm just delighted to try and share what makes Liverpool Football Club so special with our fans all over the world."

Stay tuned to the website this week for more reports from Korea on the Standard Chartered - LFC Football Clinic in Korea.