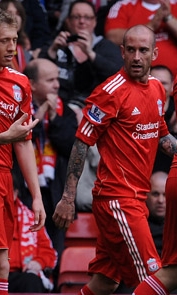 Liverpool walloped Birmingham 5-0 on Saturday - but who were our top three performers?

As always we caught up with LFC TV commentator John Bradley to gauge his views on our standout players - do you agree or disagree?

Leave your comments at the foot of the page. 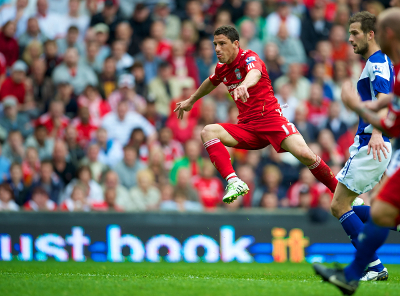 Saturday saw another excellent Anfield performance from each and every one of the Reds but it's only fair that Maxi Rodriguez tops the list. The Argentine hadn't started a Premier League game since the win over Manchester United at the beginning of March, but slotted in like he had played every week. His goals were all the culmination of fine build-up play and he was well rewarded with a hat-trick. 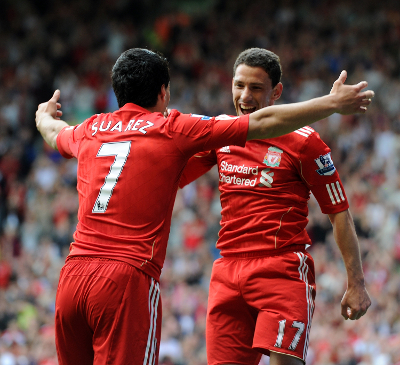 I really felt for Luis, he gave so much to the game and deserved to be rewarded with a goal. His contribution both on and off the ball helped the Reds so much, and I'm sure Roger Johnson and the rest of the Birmingham defence won't want to see him again too quickly. Without Andy Carroll, he and Dirk Kuyt shouldered a lot of responsibility, but both are man enough and brave enough to take that challenge on and come through with flying colours. 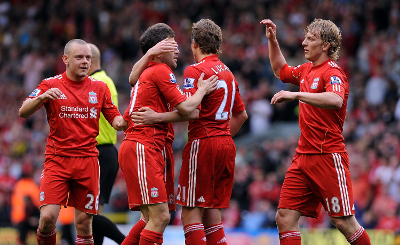 In a contest that Liverpool dominated from the very first whistle to the last Lucas once again showed his appetite for the game. He was able to express himself more going forward, while never neglecting his defensive duties. Also his role in helping the younger inexperienced players cannot be overstated. He continues to grow in stature at the club. Once again it was hard to pick three players out of such an excellent team performance; everyone from manager to coach to players got it right and it's great to see Anfield being seen as a fortress again. 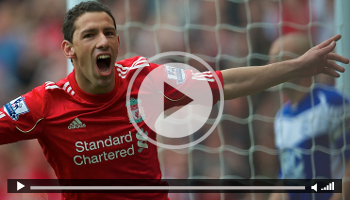