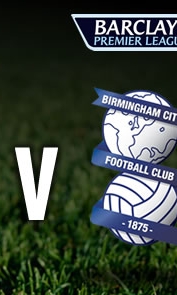 Dirk Kuyt will be hoping to fire Liverpool to victory over Birmingham City on Saturday after netting six goals in his last five Barclays Premier League games.

Here are all the facts and figures ahead of the big game from club statto Ged Rea,

Earlier this season the sides played out a goalless draw at St Andrews.

This is the 100th league meeting between the two clubs, and the 50th at Anfield.

A draw will be a record fourth in succession between Liverpool and City on this ground.

The Reds' last win over Birmingham came in May 2004 when goals from Michael Owen, Emile Heskey and Steven Gerrard secured a 3-0 win at St Andrew's.

The Reds have lost only one of the last 12 league meetings at Anfield and only two of the last 27.

In the previous 49 home league clashes with the Blues, Liverpool have failed to score in only five.

Kenny Dalglish beat Birmingham in both his league games against them as manager in 1985-86 - winning 5-0 at home and 2-0 away.

In the Premiership home and away Liverpool have won only two of the 13 meetings drawing eight and losing three.

Liverpool's biggest home win over Birmingham came in April 1986 when the Reds won 5-0 with Gary Gillespie scoring a hat-trick.

The game at St Andrews in September 2010 was the seventh league draw in succession between the teams, equalling the Premier League record set between Aston Villa and West Ham.

The Reds have only failed to score against City at Anfield twice in the last 80 years.

Sotirios Kyrgiakos could make his 50th appearance for the Reds in all competitions.

Liverpool have lost two of the last 12 league games and have taken 10 points from the last 15 possible.

If Birmingham prevent Liverpool from winning it will a record fifth game in succession unbeaten at Anfield. Their previous best of four was achieved from 1927-31.

They have beaten Liverpool in three of the last 25 meetings home and away but 12 have finished all-square.

The Blues have won two of the last 21 away games in the Premier League. Those two wins have come at Blackpool and West Ham.

Their last on the road was at Upton Park (1-0) back in early February when a Nikola Zigic goal earned the points.

Their 3-1 midweek defeat at Chelsea was their first in four league games - they had recorded wins (at home to Bolton and Sunderland) and an away draw (at Blackburn).

City have kept just one clean sheet in the last nine games in league and Cup. That came in last Saturday's 2-0 win over Sunderland.

However, in the last 10 games in all competitions they have scored at least once in each of them.

Surprisingly, the Blues have lost 1 league game fewer than Liverpool this season - 11 to the Reds' 12.

Birmingham's biggest win here came in January 1904 when they won 2-0.

City have kept two clean sheets in the last 32 visits since April 1931. They have both come in the last four meetings.

The Blues' last win here came in November 2004 when Darren Anderton scored the only goal 13 minutes from time. It is their only victory at Anfield since 1978.

The last Birmingham player to score a hat-trick against the Reds was Eddie Brown in a 9-1 win in September 1954.

Birmingham have won 21 Premier League games since their promotion in 2009 - last Saturday's 2-0 home victory over Sunderland was only the second time they have won by more than a one-goal margin.

This is City's seventh season in the Premier League. Last season they ended in ninth place - their highest finish.

Last season was the first time since 2004-05 that City had not been promoted or relegated.

Ben Foster, Stephen Carr and Roger Johnson have all started every Premier League game this season.