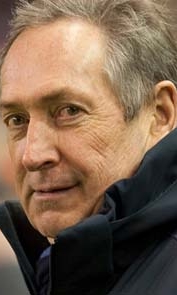 Kenny Dalglish today sent the best wishes of everybody at Liverpool Football Club to Aston Villa manager Gerard Houllier after he was admitted to hospital on Wednesday night.

The former Reds boss was taken to a Birmingham hospital and his condition is said to be comfortable.

Dalglish said: "Of course our thoughts are with him. We don't know too much about it and there is no point in us being speculative.

"We wish him well and I'm sure he is in the best possible hands.

"Doc Waller is there, who was the club doctor here when Gerard fell ill in 2001, so he's got a good guy beside him and I'm sure the people there will do everything they can to help.

"We send him our best wishes."

Aston Villa released a statement today with the latest on Houllier's condition.

It read: "The Club can confirm that Gerard Houllier was admitted to hospital last night. He is in a comfortable condition and he wishes to convey his appreciation to Aston Villa supporters for their concern and good wishes.

"The manager spoke to chief executive Paul Faulkner this morning and he is currently undergoing tests. It is anticipated that he will remain in hospital for several days.

"Assistant manager Gary McAllister has taken training this morning and he will be in charge of the team for the game against Stoke on Saturday at Villa Park.

"The Club's thoughts at this time are with Gerard and his family."

Everybody at Liverpool Football Club would like to send their best wishes to Gerard at this time.

Dalglish on Klopp, Gerrard and 'Kenny'

Kenny and Raheem honoured at NWFA

'My telepathic link-up with Kenny explained'