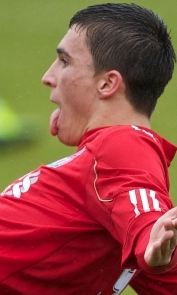 Liverpool U18s moved to the top of Barclays Premier Academy League Group C with a 2-0 victory at West Bromwich Albion on Wednesday afternoon.

Adam Morgan doubled Liverpool's advantage in the second period, netting for the 14th consecutive game - 13 of which have been for the U18s.

It means the Reds moved to the summit of the table, level on points with Everton but with a vastly superior goal difference.

Furthermore, Borrell's side have a game in hand with four left to play - though the Blues are next up on Tuesday morning.