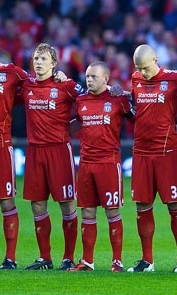 Anfield fell silent this evening to remember the 96 Liverpool fans who lost their lives at Hillsborough.

In the week of the 22nd anniversary of the disaster in Sheffield, both sets of players were joined by a sell-out crowd for a period of silence ahead of the kick-off against Manchester City.

Also in the thoughts of those inside Anfield this evening were Liverpool fan Lance Sergeant Mark Burgan, who fell victim to a roadside bomb in Afghanistan last month, and Jan Fairclough - wife of former Liverpool striker David - who tragically died this week. 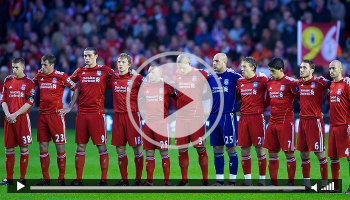