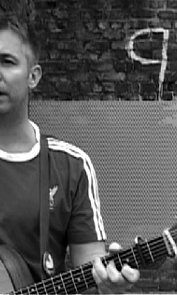 A moving new track about Hillsborough was made available to purchase on iTunes and Amazon on Monday - and on LFC Now Interactive you can watch singer Stephen Smith perform the song in our studio.

The lifelong Red felt compelled to pen Liar Liar in order to highlight the lies and myths that were perpetuated in certain quarters in the aftermath of the Hillsborough disaster.

Stephen's goal is for the emotive track to raise awareness of what really occurred on April 15, 1989, and draw attention to the continuing quest for justice. 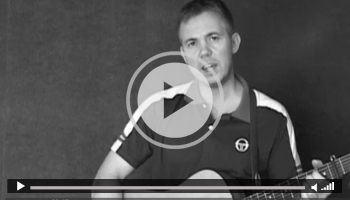 He explains: "Liverpool is a big part of my life and I've written a couple of Liverpool songs. A lot of people say it's like a religion.

"Being a songwriter, it's natural for something like that to come out - particularly on a subject like the Hillsborough disaster.

"The media coverage was sickening. I stood on the Kop every week with these people and I knew they weren't bad people.

"I didn't believe a word of what came out from those media groups and newspapers.

"We had to clear the names of our own people, Liverpool supporters. People need educating and need to know the lies that were told were lies.

"With this song, it's become evident that people still feel really strongly about it and feel like we've still got something to say."

Although Stephen wasn't at Hillsborough, like everybody else in the city he witnessed first hand the impact the disaster had upon the people of Liverpool.

He recalls: "We were really struggling for tickets and as it happened I didn't go. I was helping my nan move out on the day.

"We watched it on the television like a lot of people, and we were concerned about the people we knew at the game, particularly as it unfolded and we realised how serious it was."

A little over a month on from Hillsborough, Liverpool met Everton in a never-to-be-forgotten FA Cup final.

Both Reds and Blues united in memory of the 96 on a poignant day at Wembley - and it's an occasion that remains vividly etched at the forefront of Stephen's mind.

"I think the thing that stays in my mind most is how close the city came together," he says.

"The communities came together. It was terrible that something so tragic has to happen to witness something like that.

"I went to the final that year and I remember being stood on Wembley Way an hour or so before kick-off, and there were just Reds and Blues singing 'Merseyside' together everywhere.

"I remember I went to the match in a big hat that I'd made. It was half red, half blue, because there was that feeling between both clubs. It said a lot about the people of Liverpool."

Since Liar Liar was featured on Liverpoolfc.tv last week, Reds fans all over the globe have been full of praise for the track.

"It's been overwhelming, it really has," admits Stephen. "A friend of mine bought my album when it came out. He heard Liar Liar and related to it as he's a fellow Red.

"He started posting it on the forums and told me to look at the responses. When I had a look I just couldn't believe it.

"It was a great show of support for the song and people wanted me to get it out there and wanted to educate the un-educated."

Stephen added: "I hope it makes some money for the support groups and the justice campaign and helps them.

"I hope that people realise that what was told (after Hillsborough) wasn't true. That's the most important thing.

"If we can create that kind of awareness, that would be great."