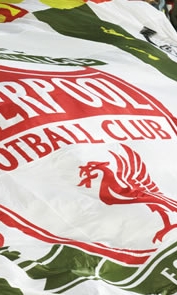 The planned announcement of the 18 Members of the inaugural Liverpool FC Supporters' Committee has been delayed after the 7-person selection panel requested more time to review all of the applications.

The Club had planned to publish the names of the 18 supporters who had been successful in their applications later this month but due to the phenomenal response from fans, this timescale is no longer practical.

LFC received a total of 3,705 applications across the 17 categories, a number considerably in excess of the response we originally anticipated, but we view it as hugely encouraging that so many of our supporters wish to become involved with this initiative. The sheer volume of applications, however, presented the selection panel with a logistical challenge and rather than rush through them, the panel have requested extra time to consider all the applications properly.

Rather than one meeting in Liverpool to debate and agree all 18 Members of the Committee, as originally planned, there will now be four separate meetings spread over the next few months - with the selection panel considering a number of the 17 different categories at each meeting.

In the interests of absolute fairness and transparency, the Club are making every single application available to the panel and the first two folders of applications - there are six in total, containing 3,705 pages - have been delivered to the selection panel today.

The categories that will be considered in the first meeting of the selection panel this month include:

A second meeting will take place in April to debate any of the above categories that couldn't be concluded in the first meeting and also the applications from the following groups:

Two final meetings will convene at a later date to debate the two most heavily subscribed to categories:

16. Supporters in the UK (outside of Merseyside)
17. International fans (Two fans)

By splitting the process into four stages, it clearly means we will not be in a position to announce the composition of the LFC Supporters' Committee as originally planned on March 29th.  However, by requesting more time,  the selection panel have demonstrated a real commitment to making the necessary time available to properly consider the merits of all of those who applied.

The Club would like to thank all supporters who applied and we hope to be in a position to announce the final make up of the Liverpool FC Supporters' Committee before pre-season.