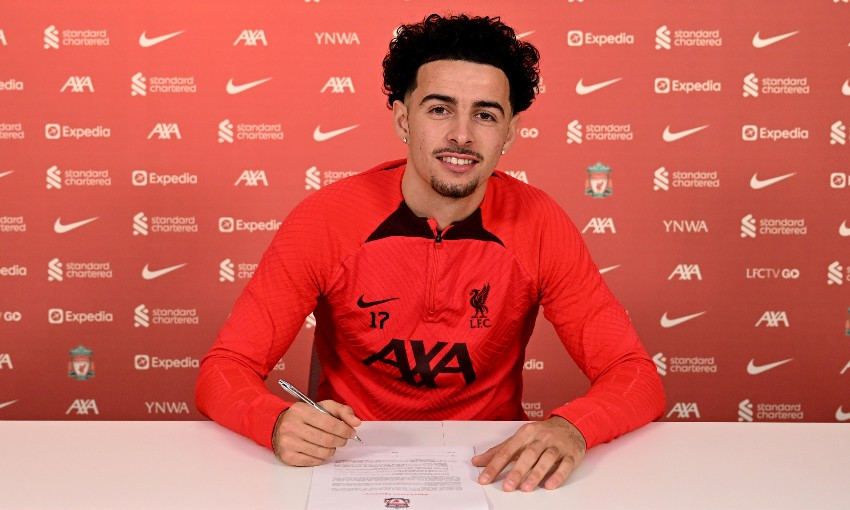 The Scouser formally joined the Reds as an U9 player and his association with his boyhood club has been extended after he committed his future at the AXA Training Centre shortly before the mid-season break.

“First of all, I want to thank the coaching staff for having the belief in me as always, for giving me the chance,” Jones told Liverpoolfc.com shortly after putting pen to paper.

“And of course for me, I’m over the moon, I’m buzzing. It was an easy thing [to decide to renew].

“It’s my boyhood club, I’m a Scouser, I’ve supported the club for the whole of my life, so yeah, I’m buzzing and I can’t wait to see what the future holds.”

The 21-year-old has made 81 senior appearances for Liverpool, scoring eight goals, after debuting in January 2019.

He has earned Premier League, Emirates FA Cup, Carabao Cup and FA Community Shield winner’s medals in that time and made history by becoming the club’s youngest ever captain, aged 19 years and five days, in the FA Cup win over Shrewsbury Town in February 2020.

And Jones explained why Liverpool is the ideal club for him to continue his development in the years to come.

The England U21 international said: “For everything, really. I think if I was at a different club as well, my goal and aim and dream would always be to come here and play. But I’m here now, I’ve been here since I was six, I’ve gone all the way through.

“I’ve supported the team for the whole of my life and especially now with how the team is and the coaching staff around me, I just feel that it’s the perfect place for me and again, as I said, I can’t wait to see what the future holds.”

Curtis Jones on new LFC deal, living his dream and the journey ahead