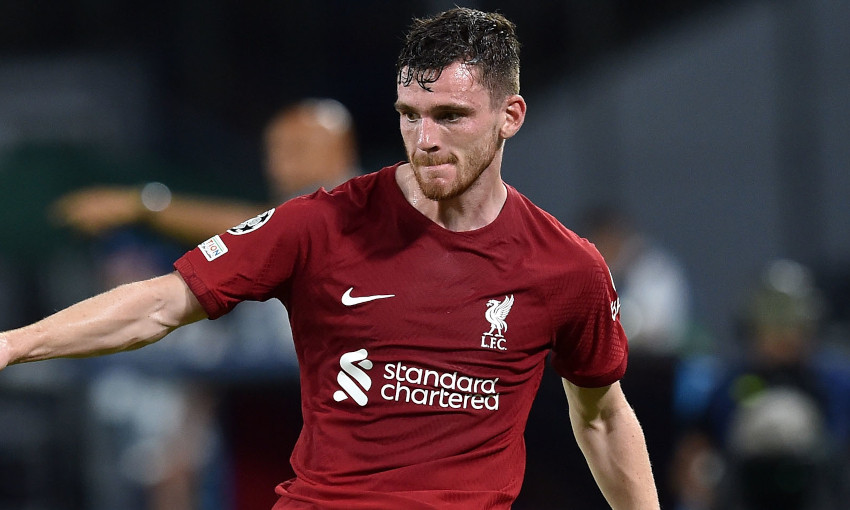 Liverpool will be without Andy Robertson for Tuesday's Champions League encounter with AFC Ajax at Anfield due to injury.

The defender picked up a knock in the closing stages of last week's defeat by Napoli and is facing a spell on the sidelines.

Jürgen Klopp told his pre-match press conference on Monday: "Robbo now is not 100 per cent. [He felt something] very late, 93rd or whatever minute - actually he felt it the next day only. But yeah, he is out for at least, I would say, after the international break."

Trent Alexander-Arnold could become the 26th player to reach the milestone of 50 European games for the Reds. If he does, he will become the youngest in the club's history to reach the landmark, at the age of 23 years and 341 days.

Ajax, meanwhile, have brought a 24-man squad to Merseyside – but it doesn't contain Owen Wijndal, Mohamed Ihattaren and Francisco Conceicao.

Defender Calvin Bassey has made the journey, though, despite being forced off late on in his side's win over Heerenveen at the weekend.

Head coach Alfred Schreuder said: "This group of lads that we have, we're going to have a team meeting tonight to have a little look at what we do and maybe we'll do a few things differently.