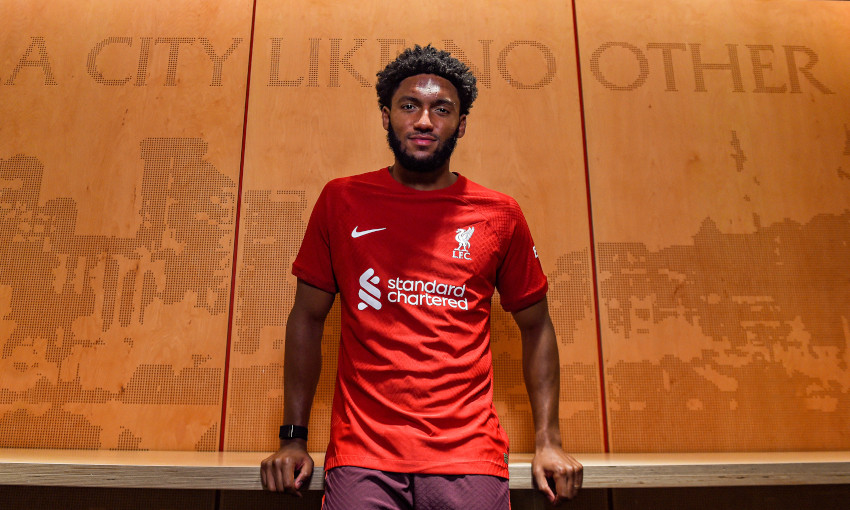 Jürgen Klopp declared the best of Joe Gomez is yet to come after the defender signed a new long-term contract with Liverpool earlier today.

The 25-year-old put pen to paper on the deal at the AXA Training Centre on Thursday, ensuring his seven-year spell with the Reds will be extended well into the forthcoming seasons.

Signed from Charlton Athletic in the summer of 2015, Gomez has made 142 appearances for the club to date – and Klopp is convinced he will bolster that tally significantly over the course of his new contract.

The manager told Liverpoolfc.com: “As a club, we have had a lot of good, really good news lately and this is some more.

“Joe is an outstanding talent. He is also an outstanding defender and an outstanding human being. He has so many qualities, I could talk about them all day, so knowing that he will continue his journey with us is a massive boost - one that everyone who loves Liverpool FC and cares about its present and future should be unbelievably happy about.

“One of the many wonderful things about Joe is he has experience and youth – that’s not a bad combination. He has not long turned 25 but he was at the club before I was and I think after Hendo and Millie he is our longest serving player. Incredible. But the best thing of all is that his best years are still to come and I could not be happier that this will happen with us.

“In terms of right now, Joe is in phenomenal shape. We had a few weeks off and when I returned to AXA I saw him and my first thought was “Wow!” Physically, he is in such a good place and now all he needs is a good pre-season and the rhythm that comes from this.

“Everything else is in place and I could not be happier that he will be staying with us for even longer.”