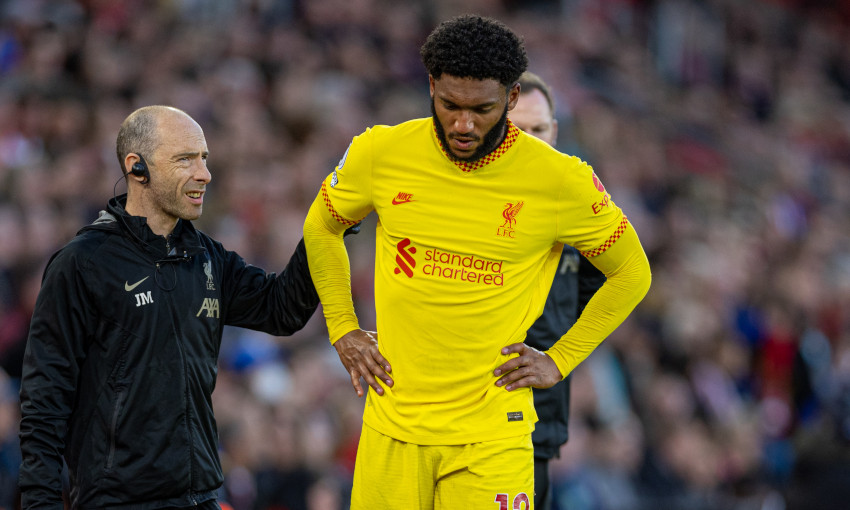 Jürgen Klopp is hopeful the injury Joe Gomez sustained at Southampton on Tuesday night is not serious.

The defender was forced off at half-time at St Mary’s after sustaining a knock in a challenge in the moments leading up to the break.

Klopp told his post-match press conference: “I hope we are lucky. Joe himself has pain but not too much.

“He got, one time, a real shock to the system, but he is sitting in the dressing room and when I spoke to him he was in a good mood. I think maybe we were probably lucky but we have to figure that out.”