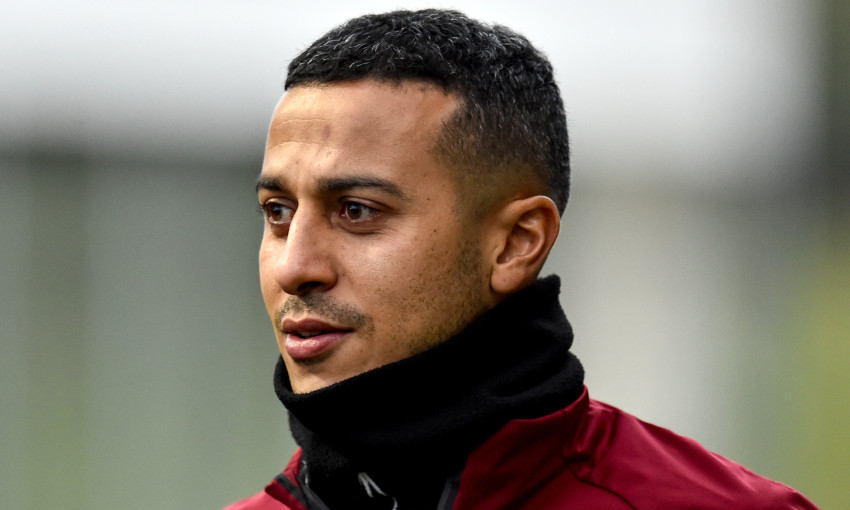 Thiago Alcantara relished his return to the Liverpool XI this week and insisted: 'Nothing compares.'

The midfielder was back in Jürgen Klopp’s starting line-up for the first time since December 16 as Leicester City were defeated 2-0 at Anfield on Thursday night.

It was a typically influential performance by the No.6, too, and post-match he described the positive emotions of being back out on the Reds’ home turf.

“I think it’s the most amazing feeling of the week because you train – training is training and for sure it’s important – but nothing compares in our life to when we step on this grass and we play the game,” Thiago told Liverpoolfc.com.

“We are happy with the performance we brought and also how we created our chances. We have to score, we have to be more precise, more effective up front, but it doesn’t matter in the end – 2-0, clean sheet and three more points, so we are very happy with that.”

Diogo Jota ultimately did the damage against the Foxes with a pair of instinctive finishes in minutes 34 and 87 of a contest in which Liverpool were repeatedly thwarted by visiting goalkeeper Kasper Schmeichel.

The Portugal international now has 17 goals for the season, and 30 in 60 appearances overall since joining the club alongside Thiago last September.

And Jota’s form is coming as no surprise to his teammates.

“We have an amazing squad and when we came new in the team it was very easy to get through and share the things they do on the pitch,” explained Thiago.

“And second, we have a great manager, so with this combination the new players that came last season and came this season, we have a really easy job to do.

“Diogo, we did not get surprised this season; we got a surprise last season how precise he was up front, how he was sharp, and this season we just wait for a good performance like this and it’s amazing.”

Thiago also echoed the widespread appreciation for Luis Diaz’s performance against Leicester as the January signing made his first start for Liverpool and shone under the lights.

“He is a kid with a great character, a winning mentality and he wants to be involved in this team as soon as he can. He did a great game tonight as well,” added the 30-year-old.