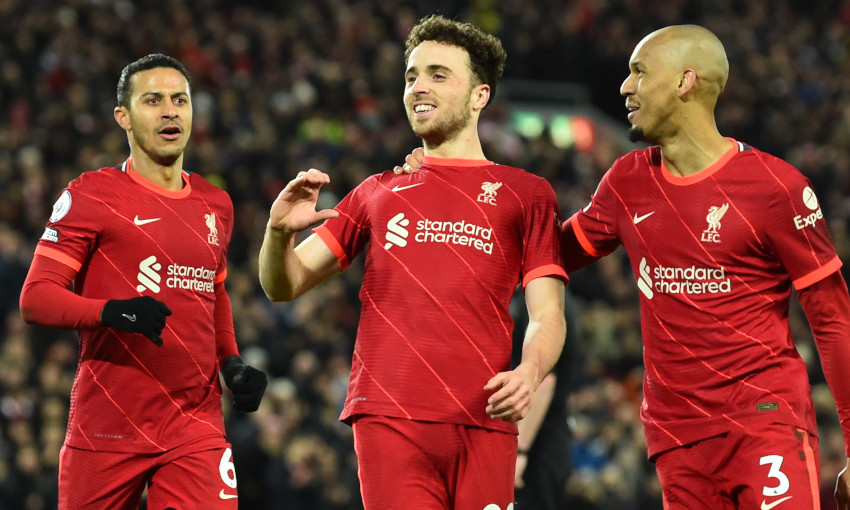 Diogo Jota scored twice as Liverpool marked their return to Premier League action with a 2-0 victory over Leicester City at Anfield on Thursday evening.

The forward put the Reds into the lead on 34 minutes, converting from close quarters after Virgil van Dijk’s header from a corner had been parried.

Mohamed Salah marked his return to club duty with a lively cameo off the bench in the second half, with the Egyptian coming closest to extending the advantage when he struck the crossbar.

A second did duly arrive with three minutes of normal time remaining, however, when Jota spun onto Joel Matip’s nudge into the area and netted to seal victory.

Luis Diaz was handed his first start for Liverpool, while Salah was named on the bench following AFCON duty. Thiago Alcantara returned in midfield after injury; however, Jordan Henderson was absent with a back issue.

Liverpool started assertively under the Anfield floodlights as they set about looking to cut the gap on Manchester City at the Premier League summit; however, it was Leicester who fashioned the game’s opening chance.

James Maddison was the one who pulled the trigger, played into space inside the area following a counter, but Alisson Becker clawed the effort over the crossbar.

But it was the home side doing all the probing - with Diaz looking lively down the left – and in the 19th minute, they forced Kasper Schmeichel into his first save when he was needed to beat a left-foot drive from Trent Alexander-Arnold over the bar.

The right-back then supplied a cross which evaded Andy Robertson’s head by a fraction as the defender looked to convert from inside the six-yard box.

On 33 minutes, a free-kick routine eventually saw the ball break for Roberto Firmino in the box, but his effort after juggling the ball was deflected over by Marc Albrighton.

However, from the resulting corner, Liverpool took the lead. Van Dijk’s powerful header from Alexander-Arnold’s kick was parried by Schmeichel, but Jota gleefully swept in the rebound from close range. 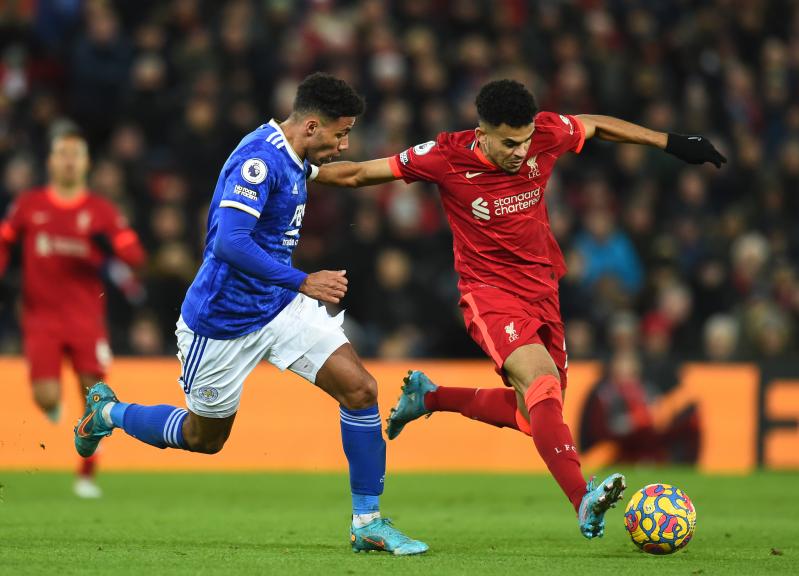 Thiago threatened a spectacular second before the break when he sent an overhead kick spinning goalwards after Schmeichel had punched Robertson’s centre away from Curtis Jones’ head, with the ball bouncing just wide.

Roberto Firmino then stung the palms of The Foxes goalkeeper on two occasions with goal-bound drivers prior to the interval.

Schmeichel was required to intervene for Leicester in the moments after the restart, too – this time tipping Jota’s arrow across goal around the post.

As the hour mark approached, Diaz cut in from the left and had a shot deflect behind, with the subsequent corner seeing Jota nudge over from Van Dijk’s knockdown.

Salah then made his introduction from the bench, with the Egyptian and Harvey Elliott replacing Jones and Firmino.

The No.11 showcased his trademark strength and skill to fashion a chance on 74 minutes, but Schmeichel’s near-post sprawl denied him from a tight angle. 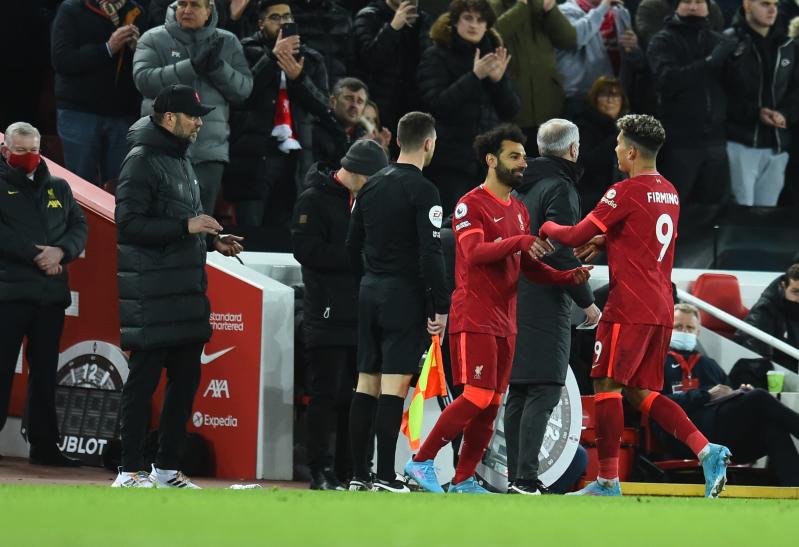 A moment later, Salah was thwarted again when he bamboozled Wilfred Ndidi to go clean through; however, his attempted chip was blocked by a strong right glove from the opposing ‘keeper.

Then, in the space of 10 seconds, Salah struck the crossbar with a curler from the right of the area before Diaz’s follow up was saved by Schmeichel.

The duo combined again with 82 on the clock, Salah sliding a reverse pass into Diaz, whose shot across goal was saved.

Nevertheless, the points were secured soon after when Jota added his second of night, finishing clinically on the turn after Matip had stabbed a pass back into his path inside the box.