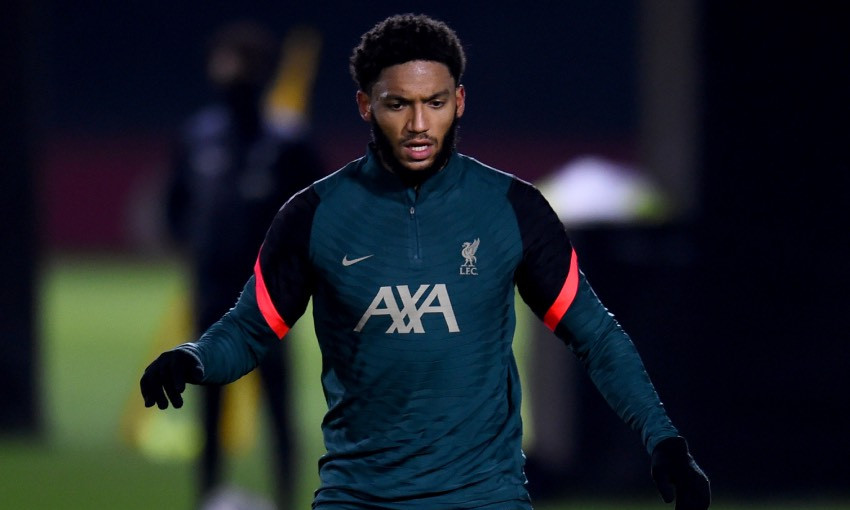 Joe Gomez and Alex Oxlade-Chamberlain are back in training with Jürgen Klopp also reporting no fresh injury concerns ahead of Thursday’s meeting with Leicester City.

Gomez and Oxlade-Chamberlain missed the FA Cup win over Cardiff City having not been able to adequately prepare for the match following the end of their COVID-19 isolation periods.

However, the duo have now returned to team training.

When asked if there are any new fitness worries in his squad, Klopp told Liverpoolfc.com on Tuesday: “Not that I know of in the moment, but we are not too far away from training at this moment so I should know [soon]. But, no.

“Oxlade and Joe are back in training, which is good – they had COVID last week.

“In the next few days and weeks, we here at Liverpool will have probably all had it and that’s then at least something good in that. But no, no new injuries or anything like that.”

Thiago Alcantara and Harvey Elliott made their comebacks from injury with substitute appearances against Cardiff and Divock Origi is back in training, too.

And Klopp is delighted to have a deep squad to choose from for another hectic spell of fixtures.

“It’s exactly what you build a squad for, it’s a long season, it’s an intense period between now and the next international break,” the boss said.

“Until the [Manchester] United game, we play 12 games, so with the last game included that’s 13 games in a short period, so that’s massive.

“It is always the same, but we didn’t speak about these kind of things very often because we didn’t have it very often, but now it looks like in the moment we have it for once, so now let’s just use it.

“That’s the plan and let’s use it as smartly as possible, so that we can really bring all the energy and all the quality we have in each of these 12 games on the pitch and be good enough to win them.

“They are incredibly difficult games, they are difficult, all competitions involved. Yes, it’s tough but that’s why we built the squad and hopefully we can use it.”