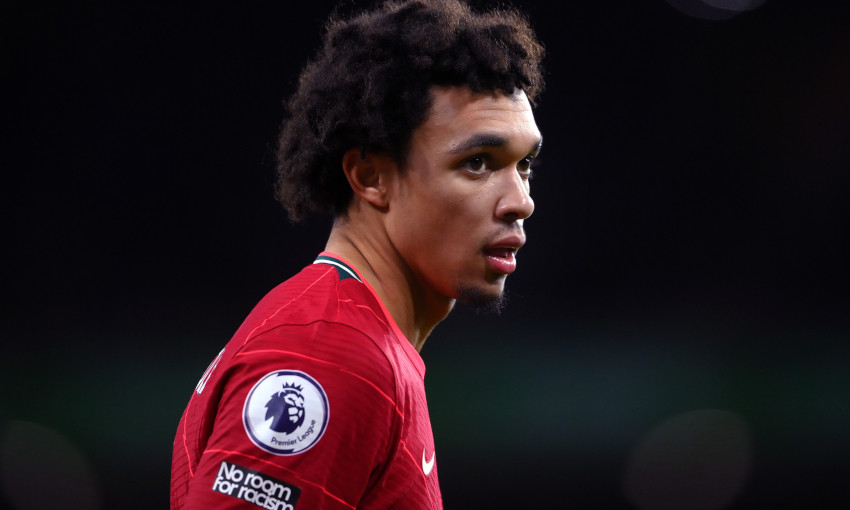 Liverpool have to ensure they are ready to capitalise on any errors by their rivals in the title race, urged Trent Alexander-Arnold.

Sunday’s frantic 2-2 draw at Chelsea left the Reds 11 points behind Premier League leaders Manchester City with a game in hand still to play.

Alexander-Arnold acknowledged Jürgen Klopp’s side’s championship ambitions now partly rest on City slipping up but the full-back stressed the importance of Liverpool returning to a winning streak to be in place to capitalise if that happens.

“There’s not really much we can do except try to win as many games as we can between now and the end of the season,” he told Liverpoolfc.com post-match. “We are just past the halfway point so a lot can happen between now and May.

“We make sure we focus on ourselves, make sure we stay as close to them as we can, but it will be difficult and we need teams to beat them for us. But it’s about us making sure we are in a position to capitalise if they do drop points.”

The visitors had put themselves firmly on course for victory at Stamford Bridge as Sadio Mane’s ninth-minute opener was followed by another scintillating Mohamed Salah finish from Alexander-Arnold’s smart assist.

Mateo Kovacic found the net with a stunning volley late in the first half, however, and Christian Pulisic swiftly broke into the area to guide a strike past Caoimhin Kelleher for 2-2 at the interval.

The back-and-forth nature of the intense contest continued until full-time, though without further change to the scoresheet, and Alexander-Arnold considered a draw fair.

“We started the game well and it was what we set out to do, we had a game plan and we did that first half. Probably not everything we set out to do but we scored two quite early goals,” said the No.66.

“Going 2-0 up was obviously what we wanted, and then last five or 10 minutes of the first half we’ve took our foot off the gas and let them back in. That first goal, no-one is in the changing room pointing fingers or anything, there’s nothing you can do about them, a world-class strike.

“The second one, there was a couple of mistakes and it could have been prevented but they took their chances and we took ours. At the end of the day it was a fair and even point.”

Liverpool might have snatched all three points in the second period but were twice denied by Chelsea goalkeeper Edouard Mendy from Salah and Mane efforts.

At the other end, Kelleher – standing in for Alisson Becker, one of three Reds absent due to a suspected positive COVID-19 test – brilliantly kept out a Pulisic strike.

“It was an even second half,” said Alexander-Arnold. “They probably had a lot more of the ball than us, especially in our defensive third and in and around our box, but we defended well and didn’t give them too many chances.

“When Caoimh was needed he’s pulled off two world-class saves in the first and second half and he’s stepped into Ali’s shoes and done really well today. It’s a credit to him, but we defended well and never gave them too many chances and we had the better chances in the second half.