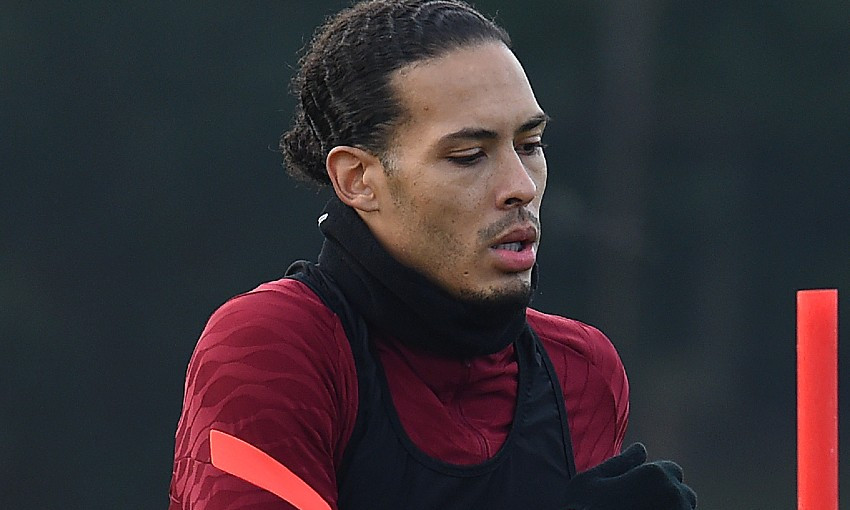 Liverpool are set to welcome four players back from COVID-19 absences at Leicester City on Tuesday night.

Thiago Alcantara, who was ruled out of the Reds' last two outings, returned to team training on Sunday, while Fabinho, Curtis Jones and Virgil van Dijk - who have missed the previous three games - are available again.

And in further positive news, Jürgen Klopp reported no fresh fitness or COVID-related issues during his pre-match press conference on Monday afternoon.

“Yeah, the boys who had to isolate, or had COVID, are back,” the boss stated.

“That means Fab, Virgil, Curtis and Thiago. Thiago was the latest, he came back and trained yesterday for the first time with the team.

“We have one young player who is now isolating and two staff. It’s really tricky, every morning when you come in it’s a little bit like a lottery. You hope it’s all fine and then one case… that’s the situation, but apart from that we are fine.”

Andy Robertson is suspended for the trip to King Power Stadium, while Divock Origi has not played since scoring the winner to defeat AC Milan at San Siro three weeks ago.

Nathaniel Phillips (fractured cheekbone) and Harvey Elliott (ankle) are out, while Adrian has been sidelined for much of December with a calf injury.

Leicester, meanwhile, are set to be without a host of senior players for the match.

Patson Daka, Ricardo Pereira and Caglar Soyuncu have joined the Foxes’ list of absentees, while Ryan Bertrand is a doubt after sustaining a twisted knee during the warm-up prior to their Boxing Day defeat at Manchester City.

However, Brendan Rodgers is hopeful that Wilfred Ndidi and Jamie Vardy will be ready after both were unused substitutes at Etihad Stadium.

The Leicester manager said: “Wilf has played a lot of football for us so he hasn’t had a chance to rest. To put him into [the City] game would have been really tough. Hopefully they’ll be fine for Tuesday’s game.”