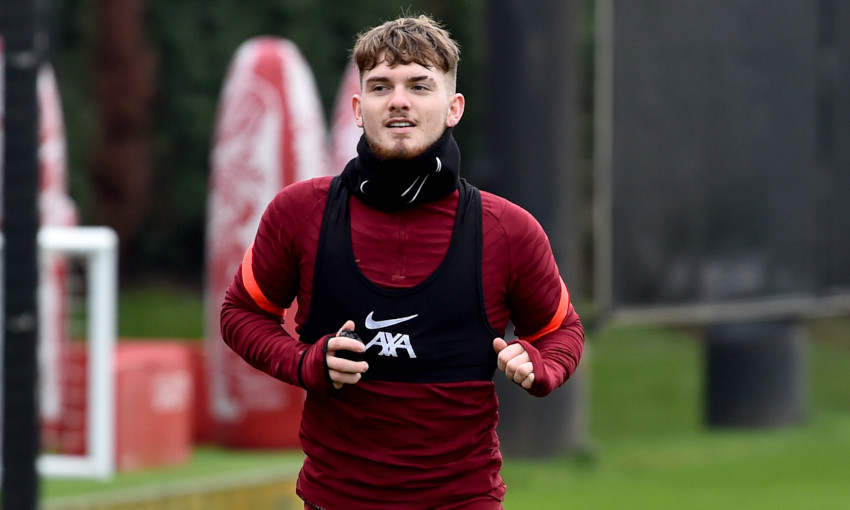 Jürgen Klopp was thrilled to see Harvey Elliott progress his injury rehabilitation this week and explained his admiration for the 18-year-old’s positive mindset.

Elliott conducted a first running session out on the AXA Training Centre pitches on Monday as part of a recovery programme for the ankle injury that required surgery in September.

No timeframe has been placed on the midfielder’s comeback, and Klopp has reiterated the importance of patience in that regard, but the boss is buoyed by both the No.67’s condition and attitude.

“An individual who is showing incredible personal resilience in this moment is Harvey Elliott. It filled my heart with joy to see him running on the pitches,” Klopp writes in his matchday programme notes today.

“Yes, he is still in a very early stage of his recovery and it’s important to keep expectation around his return realistic. He is still a long way off being able to train fully with the team, let alone play in a game. But his progress is positive and it’s more about how he has responded and how he has attacked his rehab. It’s a perfect example of how you should react when facing a setback.

“Speaking to our wonderful staff, who are treating and managing his recovery, they have been blown away with the maturity he has shown. It would have been perfectly normal for him to have spells where he felt sorry for himself, but we haven’t seen that.

“Harvey has continued to give energy to our group, even while being unable to contribute on the pitch. He lights up a room when he walks into it.

“The key for Harvey is to build on the excellent work he has done until now – a bit like a team laying a foundation for a season. All the positive steps he makes are towards the goal and returning in the best shape possible.

“He may have bumps and stumbles on the remaining part of his road to recovery, but as long as he reacts in the right way, those moments won’t define it.”