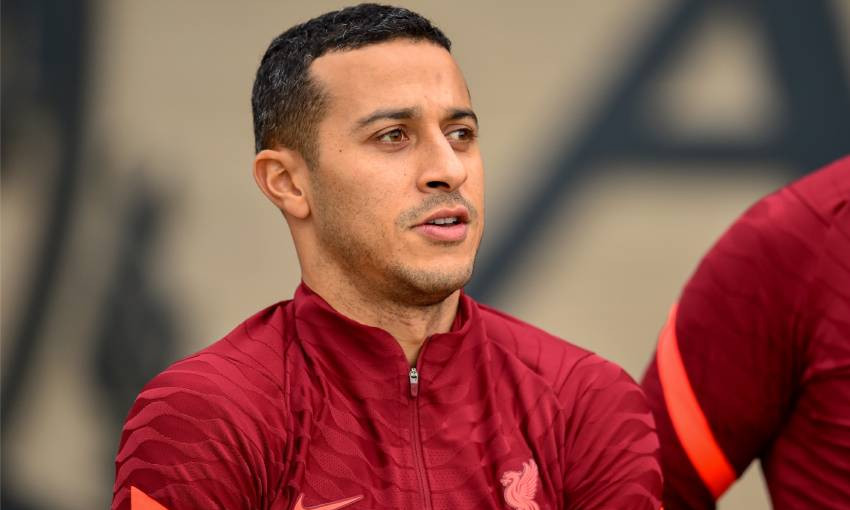 Naby Keita is set to be available for Liverpool’s Premier League encounter with Brighton & Hove Albion at Anfield on Saturday, while Thiago Alcantara is closing in on a return to action.

Keita was forced from the field in the second half of the Reds’ 5-0 win at Manchester United last weekend following a challenge that resulted in a red card for Paul Pogba.

However, the issue wasn’t as serious as first feared and the No.8 has resumed full training alongside his teammates.

Thiago also joined in Thursday’s session as he continues his recovery from a calf injury, but a knee problem will continue to keep Fabinho out of the visit of the Seagulls to Merseyside this weekend.

Jürgen Klopp told his pre-match press conference: “Naby Keita looks good; we were all surprised, but he was obviously lucky so I think he will be ready.

“With Fabinho it doesn’t look that good, it’s a bit more complicated. Not too complicated, but complicated enough to keep him out now again, probably. I still wait for last news, but he was not in team training yet and that is never a good sign.

“Thiago was in team training for the first time yesterday. We did a session where he could be part of pretty much the whole session, [but] that doesn’t mean he is ready to play a football game, unfortunately.