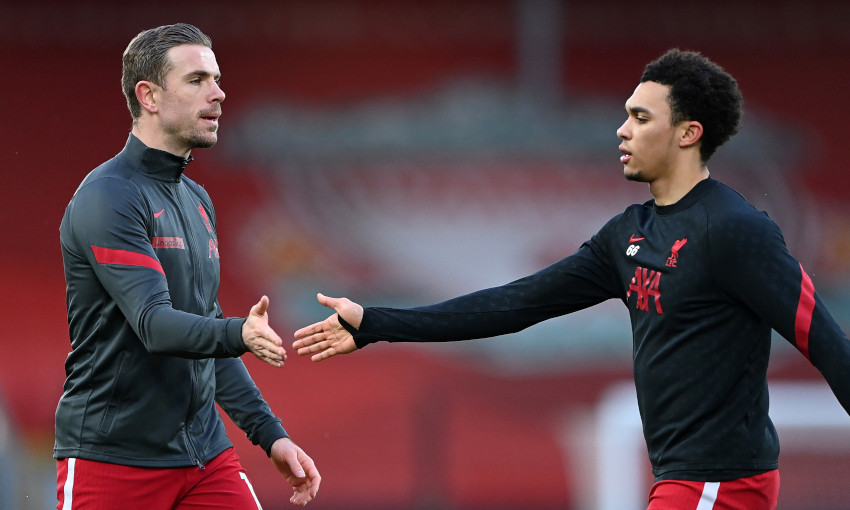 Jordan Henderson has revealed his message of support to Trent Alexander-Arnold after his Liverpool teammate was ruled out of Euro 2020.

Alexander-Arnold sustained a thigh injury last Wednesday, just a day on from being selected as part of England’s squad for the tournament alongside Henderson.

Subsequent assessments confirmed the defender will not be able to participate in the European Championship, an outcome that left Alexander-Arnold “absolutely gutted”.

Henderson rallied around his friend and fellow Red, offering words of encouragement to a player he expects to have plenty more international opportunities ahead of him.

Asked if he had spoken to Alexander-Arnold and how he is feeling, Henderson told Sky Sports on Sunday: “Yeah, of course. Listen, Trent will be fine – he’s a strong character.

“He’s a young lad and he’ll have many more tournaments ahead of him. Of course he’s disappointed. I thought he’d done ever so well in the last few months of the season in terms of performance level. I think he’s been outstanding. So he’ll be disappointed.

“But I’ve told him to go and rest, recover and take his mind off football for a few weeks, then come back [in] pre-season ready to go again. And I’m sure he will.”