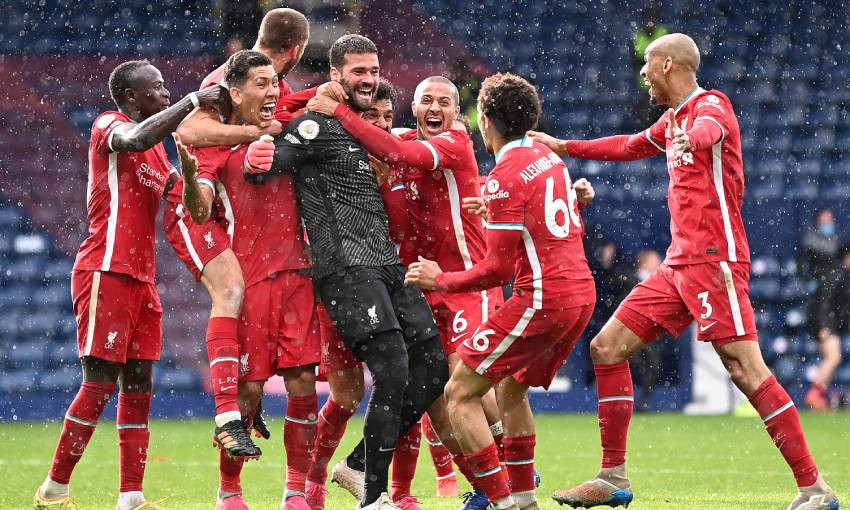 Alisson Becker dedicated his injury-time winner against West Bromwich Albion on Sunday to his family and Liverpool teammates.

The Reds goalkeeper was the unlikeliest of heroes as he headed in Trent Alexander-Arnold's corner in the 95th minute to give his side a 2-1 victory.

The result moves Jürgen Klopp's men to within one point of fourth-placed Chelsea in the Premier League standings, with two fixtures left in the campaign.

Offering his immediate reaction to the goal, the No.1 told Sky Sports post-match: "I'm too emotional these last months for everything that happened with me, with my family.

"But football is my life, I played since I remember as a human being with my father. I hope he was here to see it but I'm sure that he's seeing with God on his side and celebrating.

"It's for my family, for the boys. What a fight, sometimes we are fighting and fighting and things are just not happening as this afternoon here.

"Just scoring this goal, I'm really, really happy to help them because they fight a lot, we fight a lot together and we have a strong goal to achieve the Champions League because we won it once and you know that everything started with qualification.

Read on for the rest of the interview... 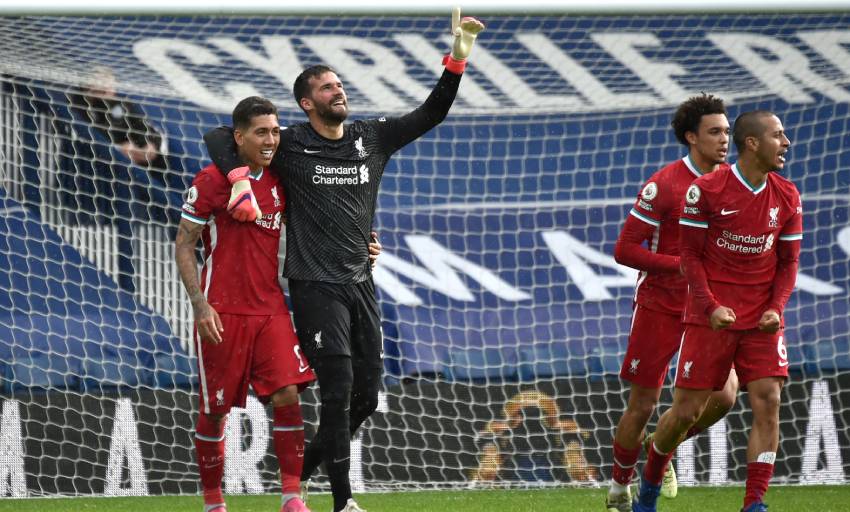 On the decision to go up for the corner...

I tried to look at the bench but nobody called me and then John Achterberg called me with conviction. It was the perfect time, the cross was brilliant again. I just tried to put my head on the ball and I think it was one of the best goals I saw! It's the best I have scored! I'm really happy. I don't have too many words, I just have to say thank you for the players because they fight a lot, we fight, I fight a lot as well. We are really exhausted from this season because of a lot of pressure, a lot of everything. Everything happened and [it was] missing a goalie goal! I'm happy tonight for the win.

On whether he works on his heading in training...

Sometimes in training like we are in the crosses and you are just waiting for your time, if you are there the ball comes to you and then you try to do something – but it's just to have fun. I don't train it to do it in the game. I have at least a sense how to head a ball because I do that a lot in the games to help defensively. You can't explain those kind of things. This is football.

On what he is thinking when the ball is coming to him...

On his emotional celebration...

I have been away from interviews for a long time. It was a difficult time because always when I talk about it I get emotional on that. But I just really want to thank all of you, all the Premier League, all the players I received letters from, managers from teams – for example, Everton and Ancelotti, all the players, Man City, Chelsea. I don't want to be not fair with the others that I don't remember but I just want to say thank you to everybody for the support. If it wasn't for you, I could never get through this because I'm just away from my family since the thing happened. My wife has been amazing with me, my kids give me energy and this is what we feel, the love from God. This is the way God loves us – through people and we should do that every time, every day. But I just want to say thank you for this moment. And the celebration, I don't know how to celebrate! And hopefully I don't need to come so many times to the box to score a goal – hopefully our players will do that for me. I just have to think and defend and to help them.