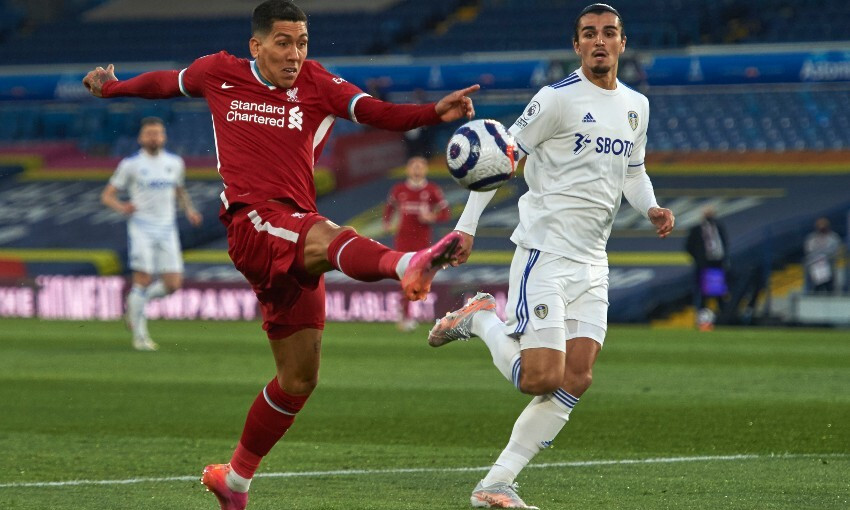 Liverpool were held to a 1-1 draw away at Leeds United in the Premier League on Monday night.

But they were denied the victory in the 87th minute when Diego Llorente headed in from Jack Harrison's corner.

Jürgen Klopp made two changes to his XI, with Jota and Thiago Alcantara handed starts. Nathaniel Phillips was ruled out with a minor hamstring injury, while Mohamed Salah started on the bench.

The Reds started the contest well and had three opportunities within the opening quarter of an hour.

After three minutes, Roberto Firmino couldn't connect properly with his finish after Fabinho went on a charging run from his centre-half position.

A Thiago long-range effort was tipped over for a corner before Jota was then denied by a last-ditch challenge from Ezgjan Alioski inside the box.

Leeds' first chance arrived halfway through the first period. Kalvin Phillips intercepted a Fabinho pass and slid through Patrick Bamford on goal. However, Alisson Becker was quick off his line to block Bamford's finish, with the rebound ricocheting off Fabinho for a corner.

But Liverpool took advantage of that let-off to take the lead with a lovely move.

Jota dropped into a deeper position and proceeded to clip a ball in behind for Alexander-Arnold down the right. The full-back knocked it to the side of Leeds goalkeeper Illan Meslier and towards Mane, who comfortably tapped in. 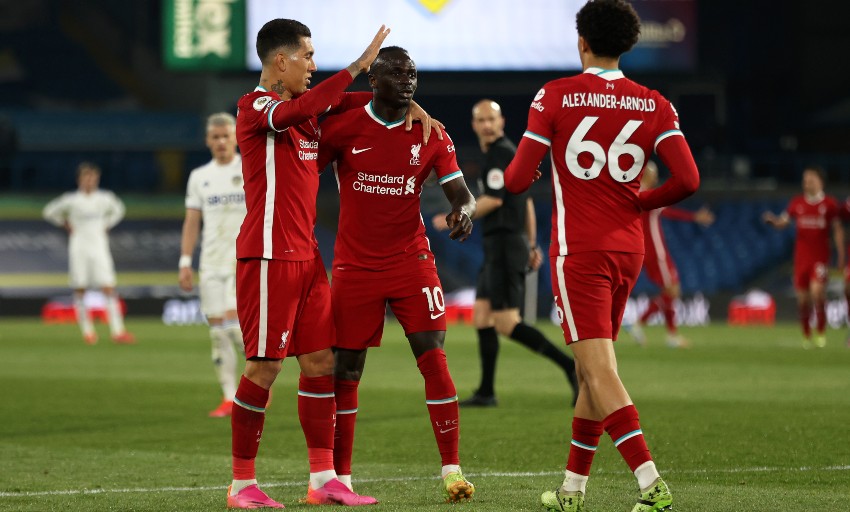 Meslier denied the Reds a quick second when he clawed away Jota's attempted lob over him.

Liverpool continued with their pressure after the half-time break.

It was very nearly 2-0 early on but Jota headed over from Andy Robertson's corner. Setting up the delivery, Meslier diverted Firmino's low shot behind after he'd skipped past two white shirts.

Helder Costa then volleyed over from close range off a corner, though the Leeds No.17 may have been offside anyway.

The hosts were beginning to assert themselves more and squandered three goalscoring opportunities in quick succession.

Firstly, Alisson used his feet brilliantly to stop Harrison from levelling from a tight angle.

They were then denied by the crossbar when Bamford brought down Luke Ayling's ball over the top and watched his looped finish strike the woodwork and bounce clear.

Liverpool needed their goalkeeper again as Tyler Roberts found himself free in the penalty area but drilled a shot straight into the chest of the Brazilian stopper.

At the other end, Meslier scrambled back to tip over a Jota header in the aftermath of a corner. Salah, who was introduced off the bench to replace Mane in minute 71, then dragged a shot wide following a breakaway.

Those missed chances to finish off the affair came back to hurt the Reds when Harrison's in-swinging corner was met by the head of Llorente to earn a point for the hosts.

Substitute Alex Oxlade-Chamberlain could have put Liverpool back in the lead but was unable to fully control Firmino's cutback in the last opportunity of the game.