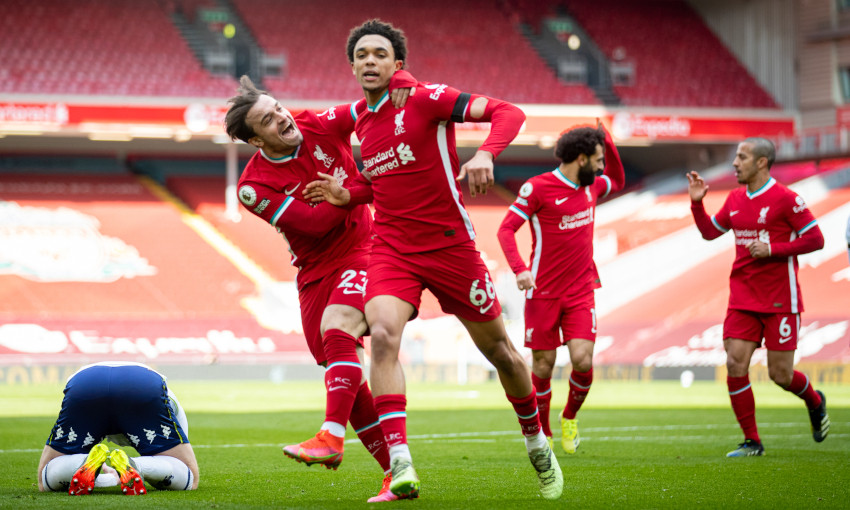 Mohamed Salah equalised Ollie Watkins’ opener – which arrived against the run of play in the closing stages of the first half – shortly before the hour mark of Saturday’s Premier League contest.

And Alexander-Arnold then produced a moment of Kop-end brilliance to snatch a hard-earned but deserved victory, as the right-back arrowed a low shot into the bottom corner from 20 yards after Emiliano Martinez had denied Thiago Alcantara with 91 minutes played.

Roberto Firmino had seen a goal disallowed in first-half stoppage time after a lengthy VAR review determined that Diogo Jota had been offside in the build-up, but the Reds reacted strongly to secure three valuable points that strengthen their bid for a top-four finish.

Firmino and James Milner came in to the XI as Jürgen Klopp made two changes to his starting line-up, with Sadio Mane and Naby Keita dropping down to the bench.

Curtis Jones’ absence from the squad was a precautionary measure due to a muscle problem.

Liverpool made all the early running in an attacking sense and Salah had already seen a powerful, near-post blast parried away by Martinez before he uncharacteristically missed the game’s first clear-cut chance.

Tyrone Mings misjudged Jota’s throughball to Salah, which enabled the No.11 to bear down on goal. His attempted rolled finish beat Martinez, but inched beyond the far post.

Firmino dragged a shot wide from distance having received a fizzed pass into his feet from Alexander-Arnold, with Villa’s Ezri Konsa then nodding Matt Targett’s free-kick into the grasp of Alisson Becker at the other end.

The Reds continued pushing for the opener as the half wore on, and Jota went close when he glanced Andy Robertson’s out-swinging corner narrowly over the crossbar.

But it was the visitors who would go into the interval ahead, as Watkins collected John McGinn’s pass and fired low past Alisson and Firmino’s apparent equaliser was ruled out. 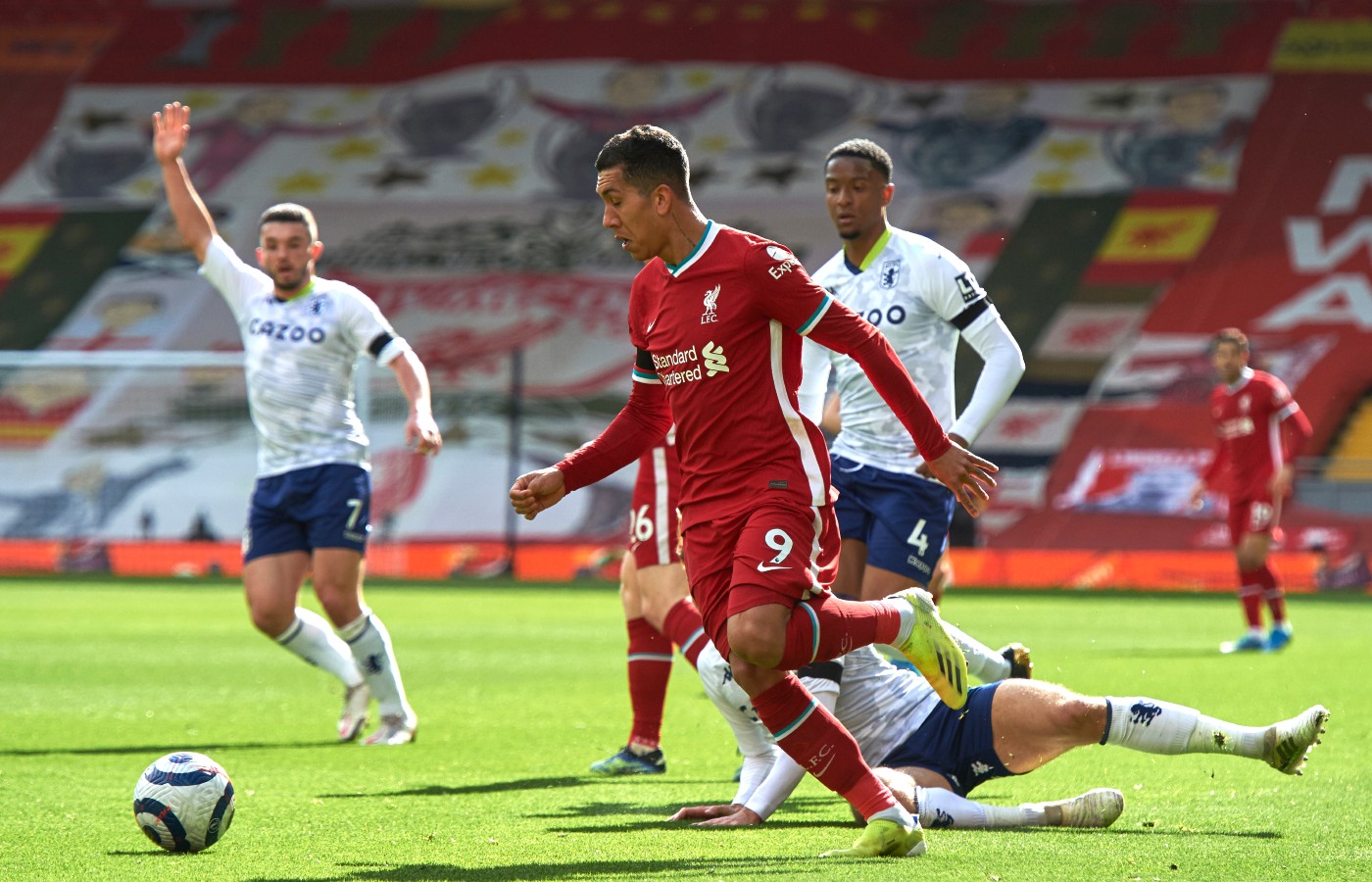 Further pressure was exerted on the visitors’ goal immediately after the restart and Liverpool would finally get their reward when Martinez could only palm Robertson’s driven shot into the path of the onrushing Salah, who nodded in his 28th goal of the season.

After Trezeguet had rattled the inside of the post amid Villa’s keen response, Klopp brought on Thiago and Mane in quick succession in a bid to ramp up Liverpool’s attacking impetus.

The changes had the desired effect as the Reds continued to probe, although their efforts appeared set to earn them one point, rather than three.

Alexander-Arnold had other ideas, though, as he buried a sweetly-struck winner that could prove pivotal in the race for Champions League qualification.