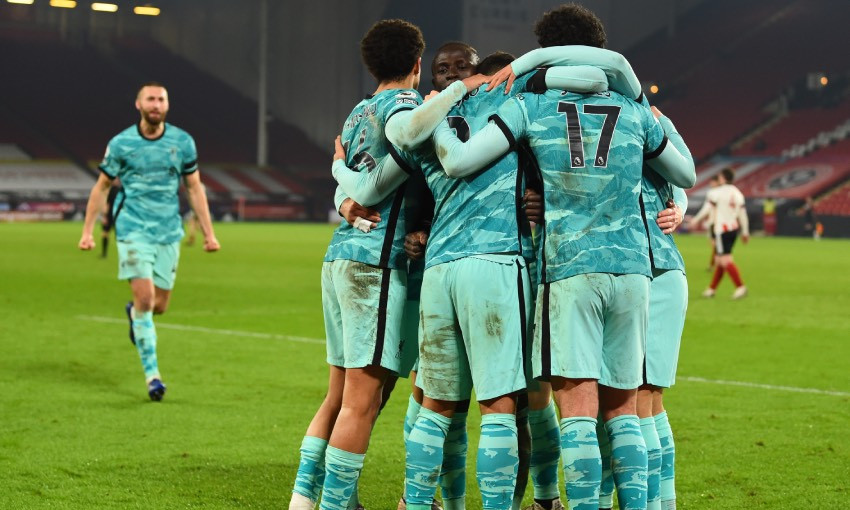 Liverpool returned to winning ways in the Premier League by beating Sheffield United 2-0 on Sunday night.

Curtis Jones finally put the Reds ahead in the early stages of the second period following a first half during which they were thwarted by a catalogue of Aaron Ramsdale saves.

And, after Sadio Mane had been denied a goal by the offside flag, the visitors’ dominance was rewarded further with 65 minutes played when Roberto Firmino’s low drive deflected in off Kean Bryan.

Victory at Bramall Lane ends the champions’ run of four consecutive top-flight defeats and moves them to within a point of fifth-placed Chelsea - who visit Anfield on Thursday - and two adrift of West Ham United in fourth. 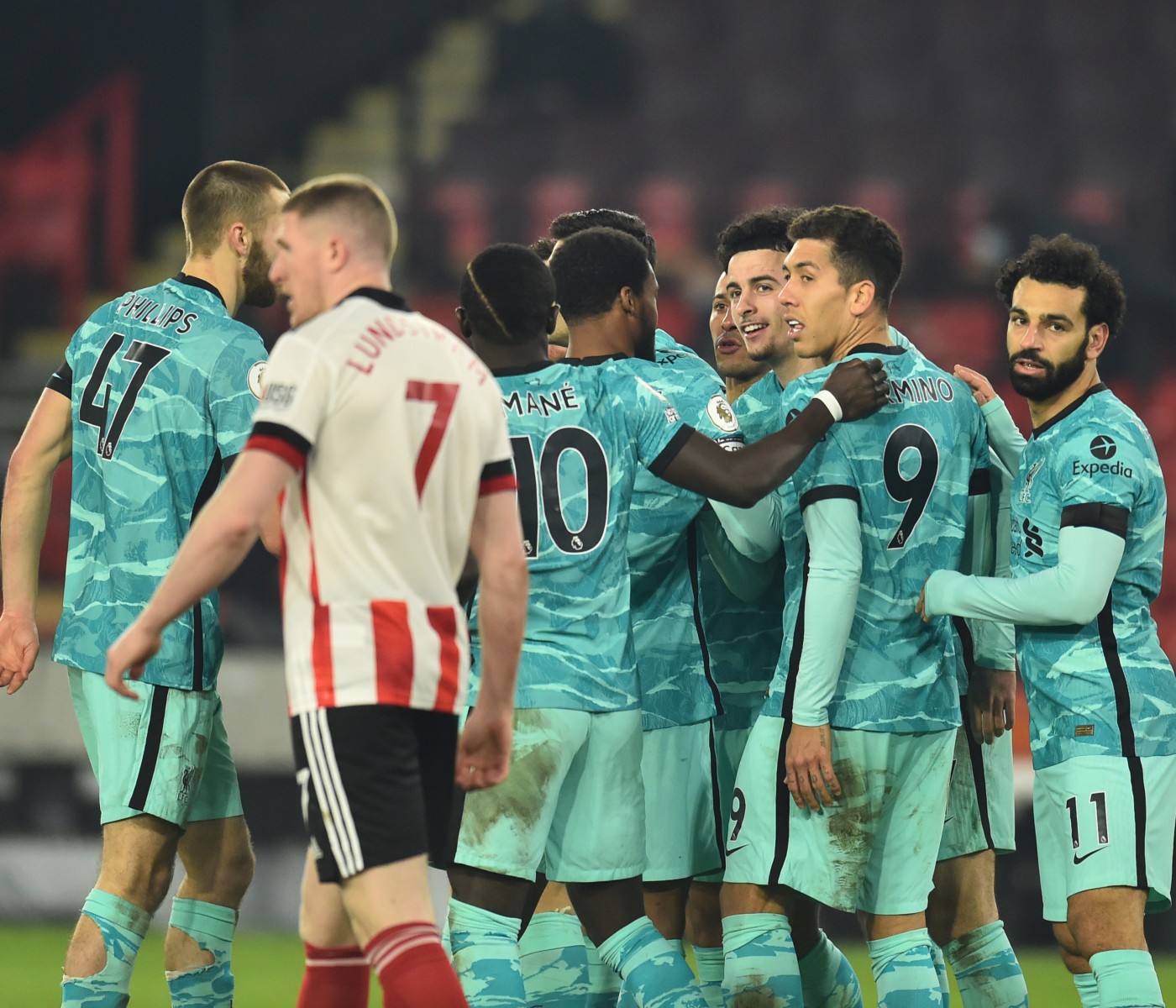 Adrian started in goal for Liverpool with Alisson Becker absent on compassionate grounds, while Nathaniel Phillips replaced the injured Jordan Henderson at centre-back.

James Milner’s return to fitness saw the vice-captain named on the bench, but illness forced Diogo Jota to miss out.

Adrian made a key contribution of his own - the Spaniard reacting quickly to repel David McGoldrick’s close-range header - before Ramsdale produced the first of five impressive first-half saves by besting Firmino in a one-on-one.

The Blades’ goalkeeper then smothered Jones at the back post as he looked to convert Trent Alexander-Arnold’s cross, before Mohamed Salah, Alexander-Arnold and Georginio Wijnaldum were foiled in relatively quick succession as Liverpool shifted through their attacking gears.

An electric burst from Salah - who latched onto Firmino’s deft touch following a towering defensive header by Phillips - bought him space, but Ramsdale was equal to the No.11’s subsequent attempt. 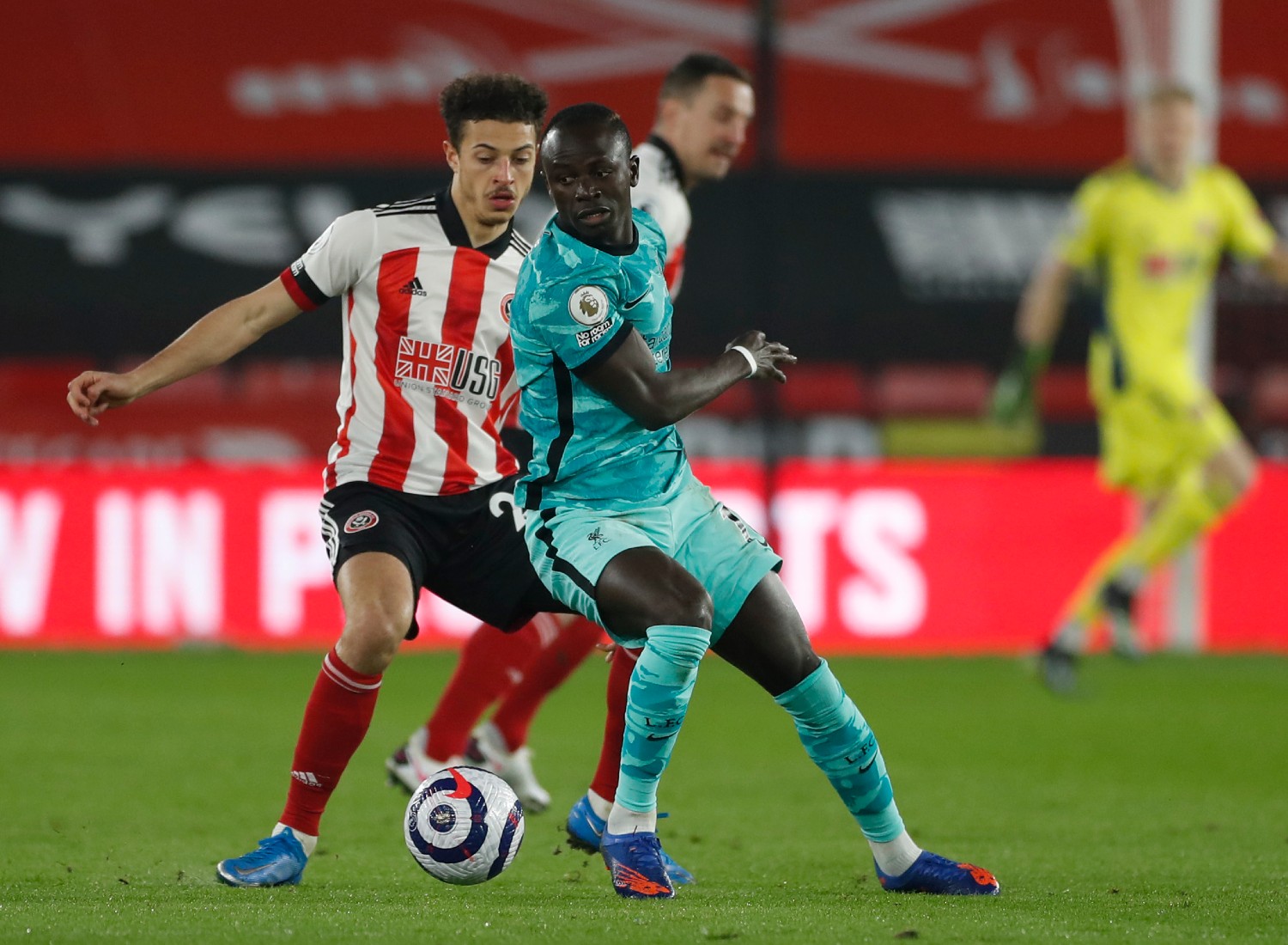 Alexander-Arnold was next to be frustrated. The right-back cut inside and let fly with his left foot once Ethan Ampadu had been forced to cede possession inside his own area by Mane, only for Ramsdale to tip the shot over.

And - after an Ozan Kabak own goal had been disallowed for offside against Oli McBurnie - Wijnaldum’s low blast was palmed away, with Firmino then opting, unsuccessfully, to find Mane with the rebound.

There was, however, nothing Ramsdale could do to prevent the pressure from eventually telling just three minutes after the restart.

Alexander-Arnold did well to just about keep the ball alive on the byline and Jones was on hand to thump a controlled, low finish into the bottom corner following Phil Jagielka’s partial clearance. 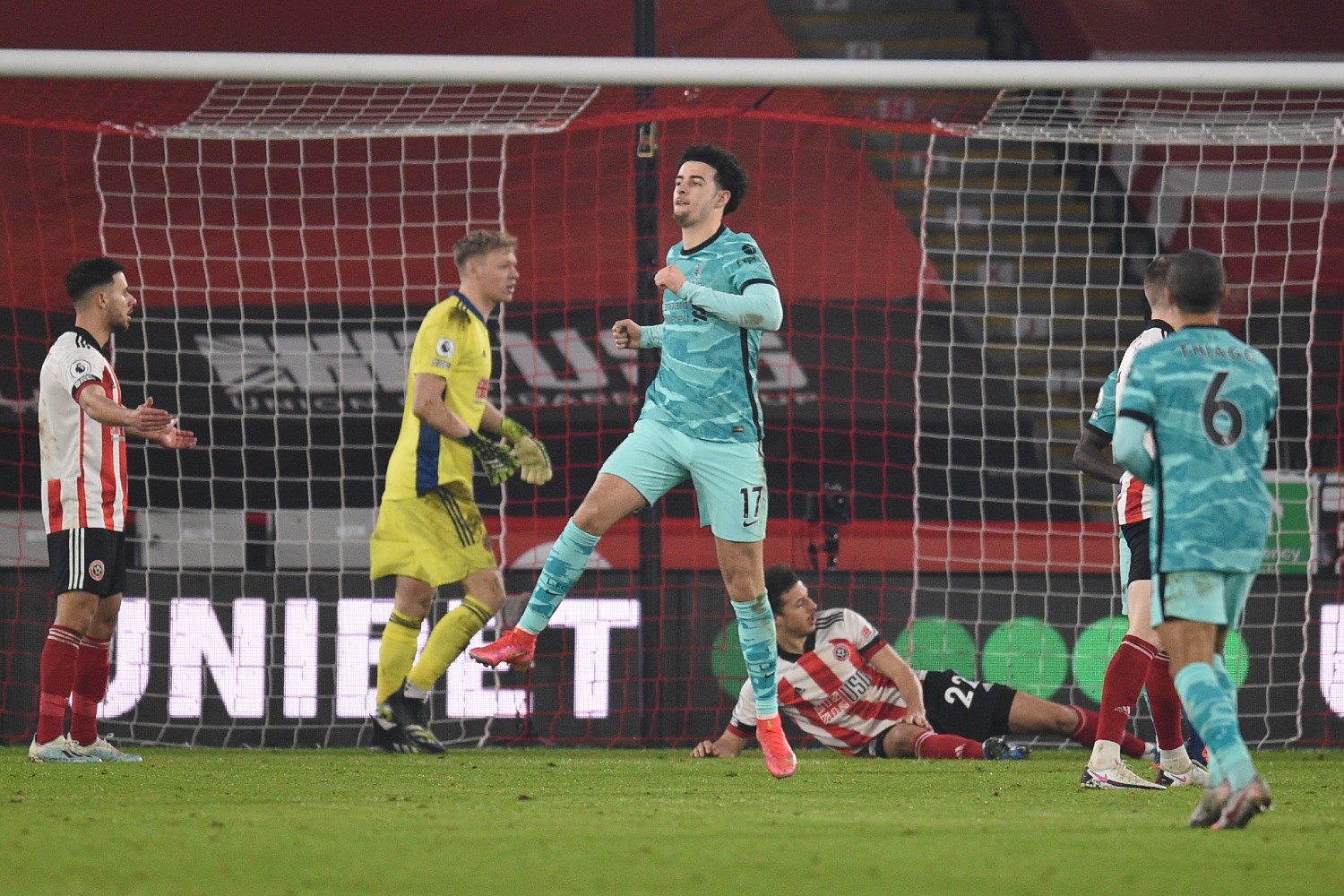 Having deservedly broken the hosts’ resistance, Liverpool threatened to pull away and Mane was denied by the flag after he’d applied the final touch to a free-flowing move.

The increasingly influential Alexander-Arnold then shot narrowly off target and - after McBurnie had nodded Oliver Norwood’s searching cross wide at the other end - the Reds soon had breathing space.

Firmino linked sharply with Jones and Mane and earned half a yard inside a packed penalty box via some typically neat footwork, prior to seeing his low strike deflect in off Bryan.

Liverpool, who welcomed back Milner and Naby Keita from the bench following their injuries, could have added another late on as Salah spurned a chance for his 25th goal of the season from Andy Robertson’s low cross, but that mattered little with a valuable three points already secure.