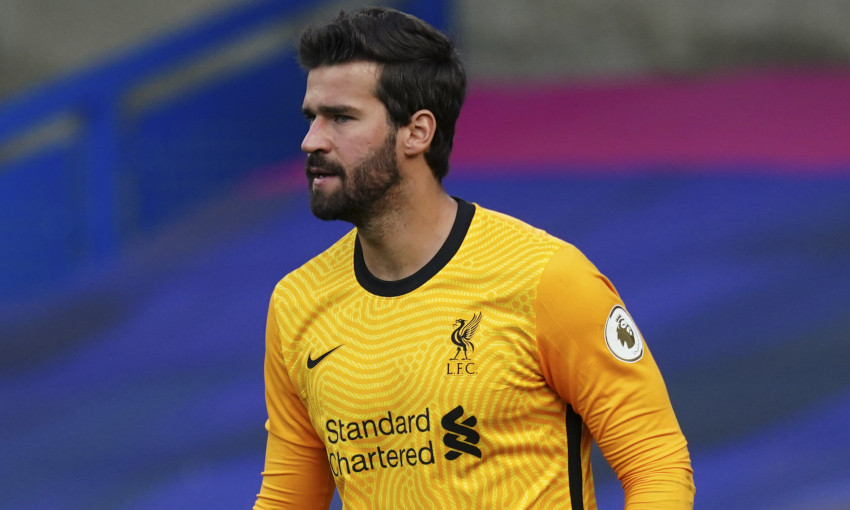 Liverpool are only focused on their own performances as the Premier League table takes shape, insists goalkeeper Alisson Becker.

The reigning champions hold a four-point advantage at the summit after their record-breaking 7-0 victory at Crystal Palace last Saturday.

They’ll lead the way on Christmas Day for the third consecutive year having won nine of their 14 top-flight matches this term, with just one defeat.

The situation – and the satisfaction it provides supporters – is pleasing for Alisson, but the Brazilian personally retains total concentration on the next match, not the standings.

“It’s good, you put pressure on the opponents, the other teams who are there fighting for first place,” he told Liverpoolfc.com post-Palace, when asked about the impact of winning the lunchtime kick-off.

“But we are only thinking about ourselves, thinking about what we can do on the pitch. So, when you get three points with a great performance you will be happy.

“We have one week to rest now, to prepare the next game and the next challenge, and to enjoy a little bit Christmas with the family.

“I wish a merry Christmas for all the supporters, may God bless you. Enjoy it with the family safely, in a safe way. Merry Christmas – this is our gift for you!”

Jürgen Klopp’s side took the lead after 125 seconds of the encounter at Selhurst Park through Takumi Minamino and, after weathering a period of Eagles pressure in the first half, went on to ruthlessly secure three points.

Doubles from Roberto Firmino and Mohamed Salah were supplemented by Sadio Mane and Jordan Henderson to register the club’s biggest away win in top-flight history.

“If you just see the scoresheet you see it was an easy game for Liverpool, but it wasn’t,” reflected Alisson. “We had to work really hard here.

“It’s always tough to play against Crystal Palace away because of the way they play. They like to put the balls in behind and we like to press them and sometimes they came out of this pressure of ours.

“But on those moments we did really well, buying some time, dropping a little bit, the defensive line dropped a little bit to buy some time for the other players to come back and help to defend. That’s why, I believe, we got the clean sheet.

“Then after, with the ball we did really, really well – great.”