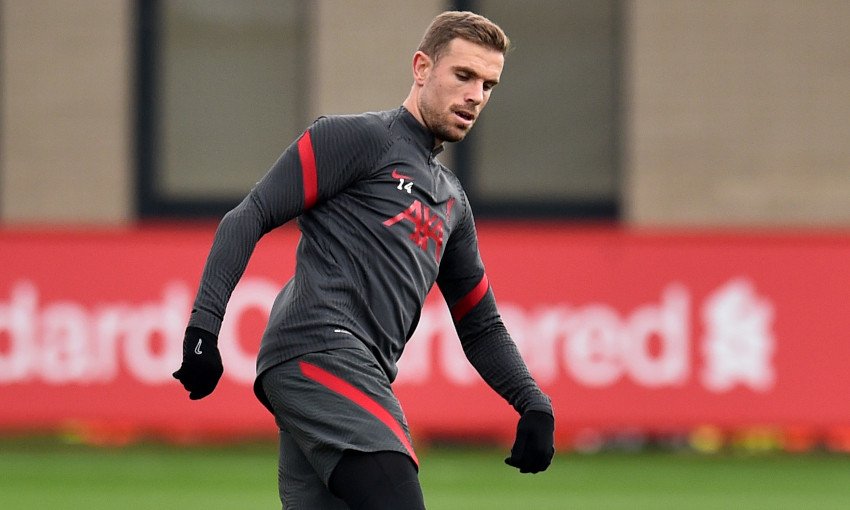 Jordan Henderson is closing in on a return to action, but Liverpool need to assess the condition of all players before determining who will travel to Brighton & Hove Albion on Saturday.

The captain took part in some of Thursday’s session at the AXA Training Centre as he continues his rehabilitation from a muscle issue.

However, speaking during his pre-match press conference, Jürgen Klopp acknowledged the tight turnaround between Wednesday’s Champions League fixture with Atalanta BC and tomorrow’s lunchtime kick-off at the Amex Stadium means he will leave it as late as possible to decide upon the travelling squad.

The manager said: “Hendo trained yesterday, parts of team training and then had his individual session, so we have to see what we do with that.

“For all the other players who played now [against Atalanta], they are still in recovery, so that’s how it is when you have only these few days in between.

“We have to make late decisions, so if you were to ask me now what will be the line-up and I was in a mood to tell you, I couldn’t!

“I [will] make this decision as late as possible because I have to wait until the medical department tells me who looks like [they’re] ready.

“Then it looks like from now on we have another 25-and-a-half hours to make sure that we bring the fittest and freshest players on the pitch.”