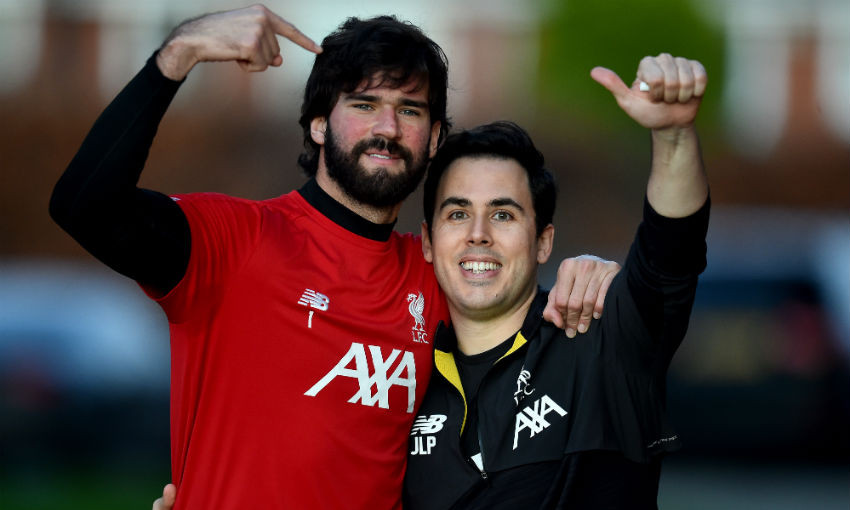 Liverpool first-team physiotherapist Jose Luis Rodriguez is leaving the club to pursue a new challenge in his career.

The Spaniard joined the Reds' medical department in the summer of 2018 after arriving from a Qatar-based sports medicine hospital, where he spent nearly a decade.

He went on to form part of the support structure that helped Jürgen Klopp's side win four major trophies and was a popular figure among foreign players in the squad as a result of his ability to speak four languages.

Before his departure, Jose spoke to Liverpoolfc.com to reflect on his special time with the club… 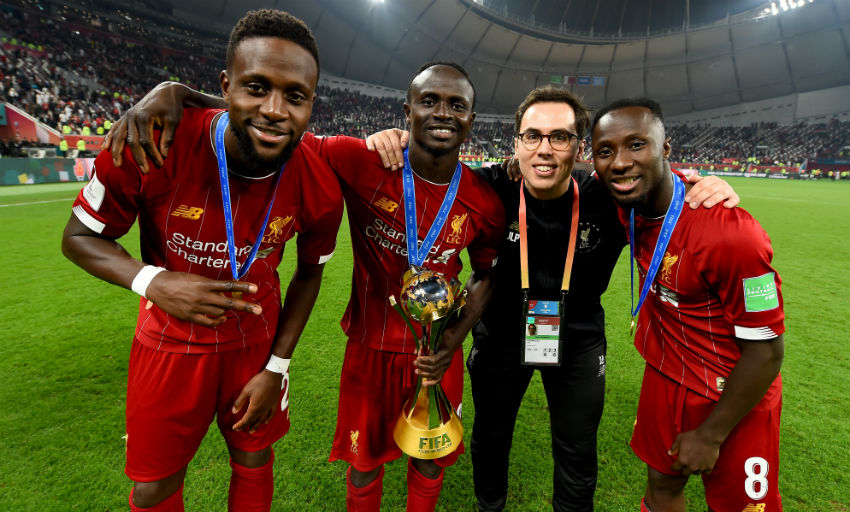 What are your emotions as you prepare to say goodbye to Liverpool?

It's sad because I leave people that I shared moments with that will stay in history and I met very special people that I will remember the rest of my life. You don't realise what you're missing until you're close to the departure. I just came from home, packed all the stuff, put the stuff in the van that came over and then I was thinking, 'There's no way back now.' I'm glad because I'm going to go back to be able to see my family – I haven't seen my family for almost three months.

Starting at the beginning, how did you end up joining LFC in 2018?

I was in Qatar almost 10 years and I needed a change professionally and I needed to keep growing. Then you reach a level in your profession that you need to move on, you need to force yourself to leave certain places, even though you are good, to keep growing. I guess this is one of the reasons why I'm leaving now because once you start reaching maturity in your career, you're reaching this plateau phase in your profession a little bit earlier and earlier and earlier. It took me 10 years [in Qatar], it took me in Liverpool – with all these experiences and all the titles – two years.

It wasn't a bad time for you to join the club, though, was it?

It was the start of the success. I was very lucky and I don't think I am even 0.000001 per cent of this consequence of winning everything. But I always say whenever someone asks me, 'When did you join Liverpool?' I say, 'When they start winning!'

How welcoming was everybody?

It wasn't easy but at the same time I was very welcome. Considering we are in a multi-cultural environment with a lot of people from everywhere, they all pass through the same situation and they make you feel a little bit easier. In that sense, it was very good. I didn't know what I was getting into until I came inside and realised what being part of Liverpool Football Club [means] around the world. The people made me feel at home quickly and they made me feel comfortable quickly.

Do you want to explain exactly what your role was? I'm sure there's a lot that goes into it that fans perhaps don't see aside from on matchdays…

Although there is a lot of work and there is a lot of commitment and a lot of extra hours that we put in, the main picture has to be the players and they're the main roles. That's why we're here and that's why everything is worth it. Considering the players are big assets and they can take you very far, we invest a lot of time, a lot of hours that people sometimes don't see and consider. We are a big pillar. I always say that in football there are two big pillars: quality and availability. Quality is definitely the players and availability is anything else that provides the players to be available and in the best shape. I think my department and our role as physiotherapists is one fundamental principle to providing availability to the players, which is, for me, a key of success.

What was your relationship like with the players? You must have spent hours and hours with them...

It was very good. Of course my relationship was closer with people who had the same situation with me – coming from abroad, living in a different country, different culture. The foreign players obviously felt more comfortable with me and they kind of get closer to me because they feel we are all going through the same process of difficulties. Also the [lack of a] language barrier is a big influence to get closer to the foreign players – Spanish, English, French and a little Arabic. 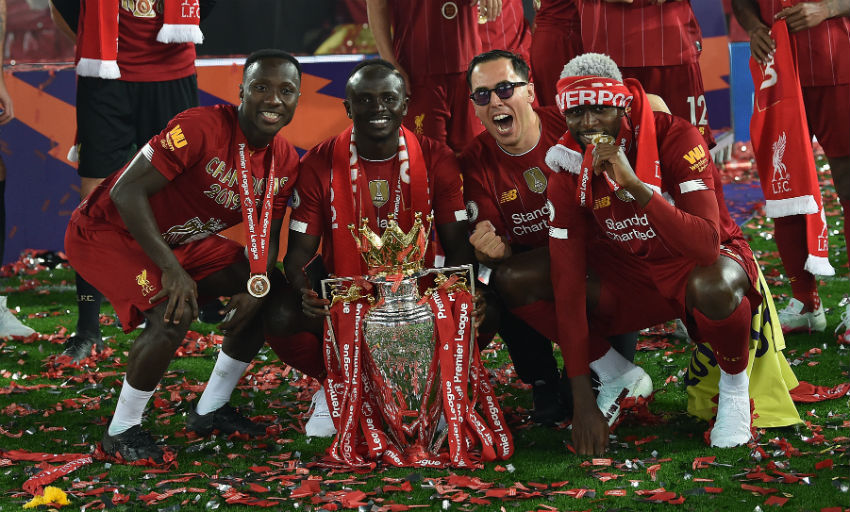 You've seen this successful squad up close and personal, so how committed and deserving are they to have achieved what they have done?

Wow. Once the players enter Liverpool, they are very aware what the name of the club and the history means. Some people think they maybe train for two hours, play and go back – no, no, no. This is a full-time job and they have a lot of commitment that people don't see – you restrict your private life, your social life. Everything is committed to your career because you're part of a big club with big ambitions.

And your thoughts on the coaching staff and how they operate?

I would start from the owners and what they provide to the coaches, provide to the players, provide to staff to be able to reach the highest performance is unbelievable. The coaching staff, I think the dynamic, the way they work and all integrated in one thing is key.

Do you believe you'll always feel a part of LFC?

I'm always going to be part of Liverpool. To be honest, I was not so much into football as I am now – and all this is because of Liverpool. I never really enjoyed football because in Spain I found it a little bit slow and I was not so much into it as [other] people. But now that I see from inside this culture – because Liverpool means more, it's not just football – what this level of football and the happiness it provides, it's unbelievable. I don't think I'm going to be able to take it out of me anymore.

Just finally, then, what's next for you in future?

I don't know at the moment. I'm looking for the next challenge to bring me to the next level professionally. It's going to be difficult, it's going to be impossible to find a better place than Liverpool. I'm not going to try to look for a better club because it doesn't exist! I will try to dedicate a little bit more in focusing my career in research and try to progress more technically to try to provide better sports medicine and physiotherapy for clubs or football.