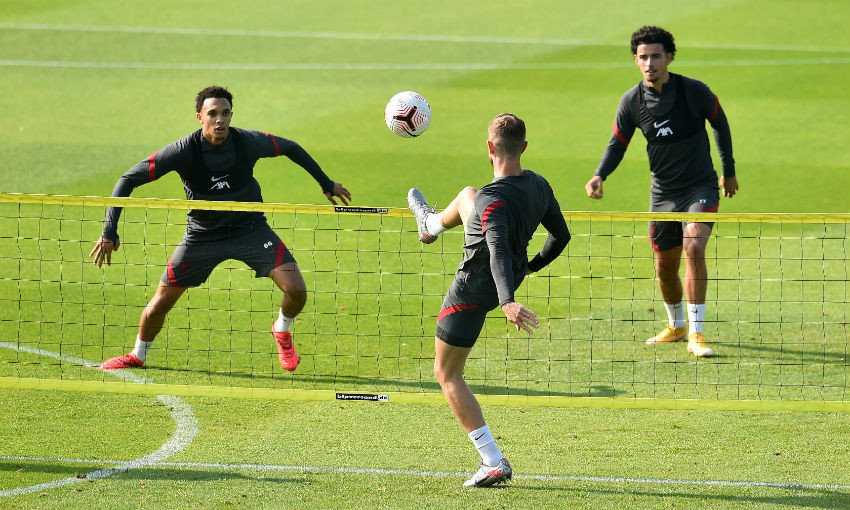 Trent Alexander-Arnold insists Liverpool are fully aware they need to be even better than last season if they're to retain the Premier League title.

The Reds opened up the defence of their top-flight crown with three points on board after beating Leeds United and now head to Chelsea for a much-anticipated clash on Sunday afternoon.

With opponents even more determined to take points off the reigning champions, the No.66 stressed how the squad require even more hunger to secure victories and further silverware in the campaign ahead.

He told Premier League Productions: "Nothing's ever perfect, you're never going to play 38 perfect games or going to win every game over the course of the season.

"It's tough, it's difficult but for us it's not about topping the points that we got or score more goals, it's about if we can all develop as a team and keep winning, that mentality – that's the main thing that helped us get this far.

"We know what it takes to win now, we know that there's obviously a big target on our backs now being champions and stuff like that and teams are going to be extra motivated when they play us.

"We need to match that mentality and take it to the next step and understand winning it back-to-back is harder than winning it once."

The Liverpool right-back was speaking after collecting his Premier League Young Player of the Season award at Melwood.

He claimed the prize after a stellar 2019-20 campaign saw him enjoy success both on a collective and individual basis.

"So you can't compare yourself to other players, it's about knowing what's best for you, find out what works for you as quick as possible and getting into routines.

"I think it's those routines and habits make good players and make good decisions for you.

"It's 24/7, it's on and off the pitch, it's about having the right people around you. There's a lot of factors that go into it. But at the end of the day, it's about how much you want to put into it because that's what you get out."