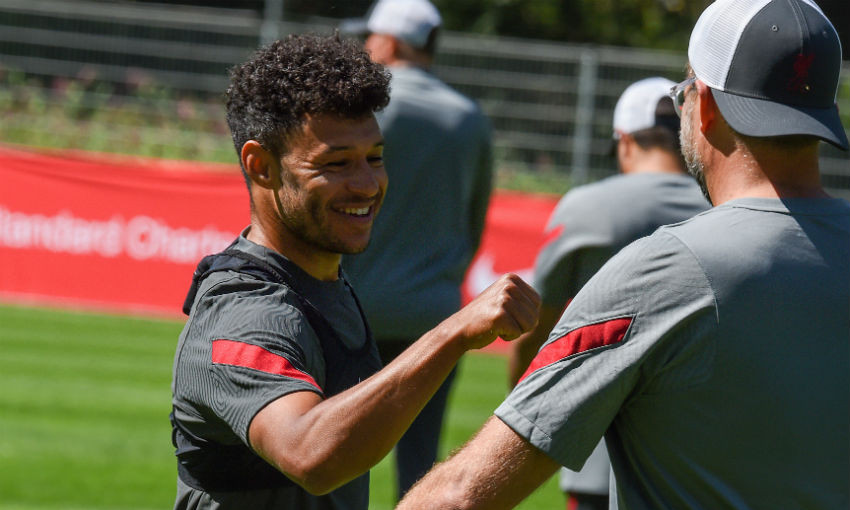 Alex Oxlade-Chamberlain has outlined the desire within Liverpool’s squad to become serial winners.

However, Oxlade-Chamberlain and his teammates are not yet satisfied.

“For any top team, the challenge is obvious,” the Reds’ No.15 told Goal.com.

“It’s one thing to win something once, and we shouldn’t downplay that, but to do it consistently, season on season, is what makes a team special.

“Look at the greatest teams in history, the Liverpool teams of old who have made this club what it is, they did it every year, not just once. That’s our main goal.

“I look back to the season before, when we missed out by a point. People looked at it and thought ‘what more can you do?’. Ninety-seven points and you still don’t win it? How do you improve? But we just got our heads down, we worked even harder and we went the distance again.

“That’s hard to do. You can go two ways; you can either question yourself and think ‘can we really do that again?’ or you can get your head down and go again.”

“It was amazing, but it’s done now,” Oxlade-Chamberlain said.

“We can look back on it later, but we can’t get caught up in it now. Why did we achieve what we did? Because we didn’t lose our focus. It was always about ‘what’s next?’ and that’s how it is now.

“As a team, it doesn’t feel like we did it, if you get me? We know we did it, we know we are in the history books and we have our medals to remind us, but being in and around the building, no-one is talking about it, no-one is giving off the impression that we are champions, and that’s how it should be.”