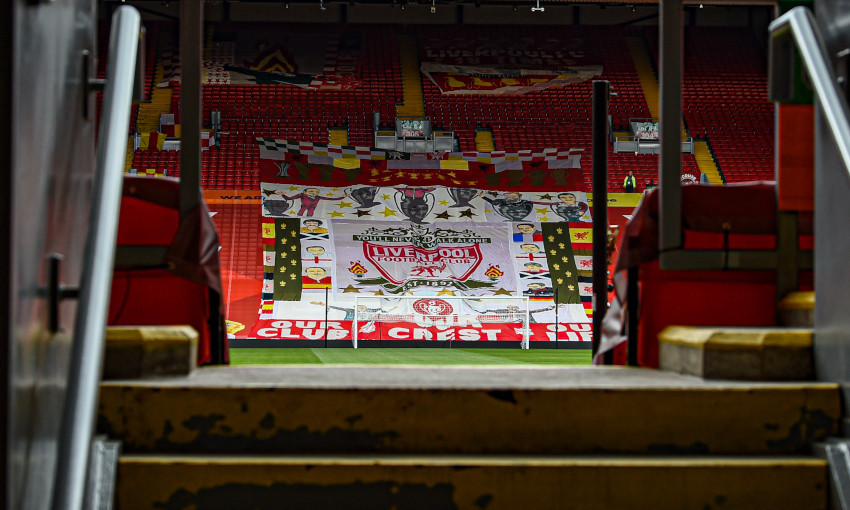 Liverpool could turn their remarkable unbeaten run at Anfield in the Premier League into an all-time club record when the new season begins.

Jürgen Klopp’s side last lost a home top-flight match in April 2017 and have since completed three full campaigns without a league defeat in L4.

Ahead of the 2020-21 kick-off this weekend, with newly-promoted Leeds United the visitors to Anfield, we take a closer look at the ongoing run and the milestones the Reds could reach.

Crystal Palace were the last away team to secure victory at Anfield in the Premier League with a 2-1 result at the tail end of the 2016-17 season.

Klopp’s men have come through the subsequent 59 home matches unscathed and will achieve the landmark of 60 unbeaten if they avoid defeat against Leeds on Saturday.

This group is now within touching distance of overhauling the club’s best ever run of home league games without a loss – the 63 achieved under Bob Paisley between 1978 and 1981.

Leeds, Arsenal, Sheffield United and West Ham United will stand in their way of equalling that all-time record in the early months of 2020-21; Leicester City would be their opponents for a potential new record of 64 unbeaten.

Warming up for the new season 😍 Highlights from a 9⃣-goal encounter at Anfield in our #LFCPreSeason finale against… https://t.co/f7eF6jh9jS

In terms of the Premier League era, their current streak is already comfortably the second-best ever posted, but they remain a fair way off setting a fresh benchmark for the division.

Chelsea’s tally of 86 home top-flight matches unbeaten from 2004 to 2008 – which was finally ended by the Reds – means Klopp’s team would have to extend their own run well into 2021-22 to overhaul them.

Of those last 59 league games unbeaten at Anfield, Liverpool have won 48 and they dropped only two points at home (to Burnley) in the entirety of the previous campaign.

Along the way, the champions also broke their own English record for the longest run of consecutive home league victories with 24 in a row.