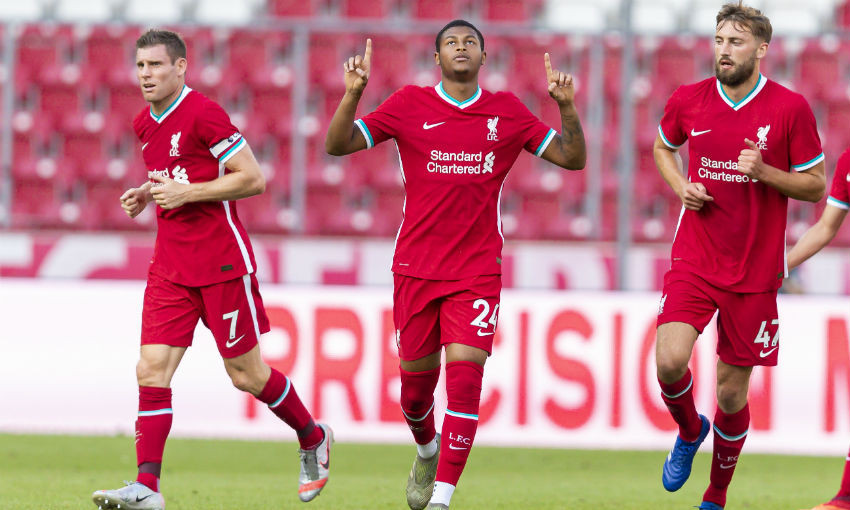 Rhian Brewster netted a late brace as Liverpool came from two goals down to draw 2-2 with Red Bull Salzburg in their second pre-season friendly of the summer in Austria on Tuesday.

The hosts took the lead inside three minutes when Fabinho conceded possession just outside his own area, allowing Patson Daka to stride through and finish beyond Alisson Becker.

Salzburg’s No.20 netted a second goal moments later, sweeping in from close range despite the best endeavours of the Reds’ goalkeeper at the Red Bull Arena.

However, Brewster - on as a substitute just after the hour - reduced the arrears when he thumped in from James Milner’s lay-off on 71 minutes before equalising soon after with a measured finish from outside the area to complete a comeback and secure a draw.

Liverpool made just one change to the team that had started Saturday’s win over VfB Stuttgart, with Georginio Wijnaldum coming in for Curtis Jones. 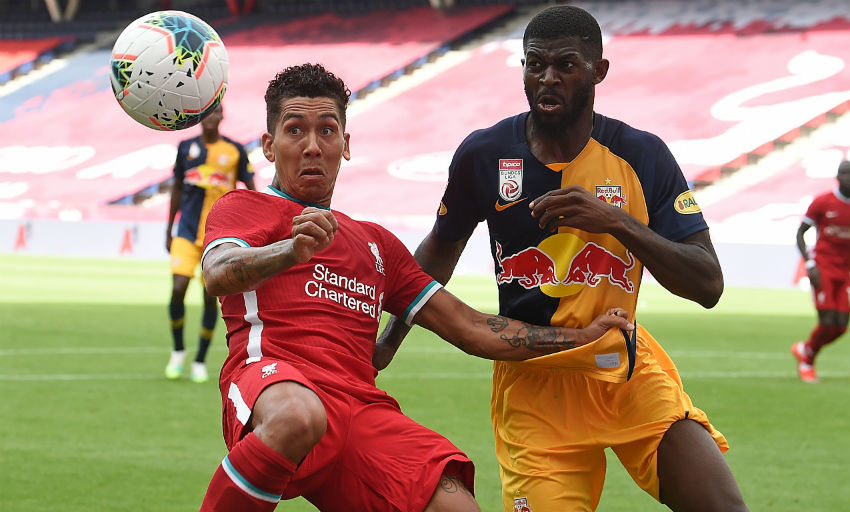 The final act of Liverpool’s pre-season training camp in Austria took place with a small crowd at the Red Bull Arena, with the Reds playing in front of socially-distanced spectators for the first time since March.

And those in attendance had something to cheer with just three minutes gone when Fabinho was challenged just outside his own area. Daka collected and steered past Alisson with aplomb.

The Salzburg forward was on target again shortly after when he guided Mergim Berisha’s cross into the corner after a ball over the top had caught out the Reds on the left.

Liverpool fashioned their first opening midway through the half; however, Mohamed Salah could not connect properly on the bounce from Sadio Mane’s centre.

A better opportunity fell the way of Roberto Firmino on 38 minutes, but he steered across goal and wide after being played into space by Mane following Naby Keita’s ball recovery.

Then, just before the interval, a quickly-taken set-piece sent Salah scampering into the area. He crossed low to Mane, but his hook goalwards was blocked on the line by Albert Vallci.

Jürgen Klopp elected to introduce Jones, Takumi Minamino and Milner at the break, but Salzburg could have gone further ahead when Alisson’s attempted clearance struck Virgil van Dijk. The centre-back was able to unbalance Daka, however.

At the other end, Salah found himself bearing down on Alexander Walke, though his low effort was thwarted by the substitute goalkeeper.

Van Dijk was forced off with a cut to the forehead before Liverpool made seven further changes just after the hour. 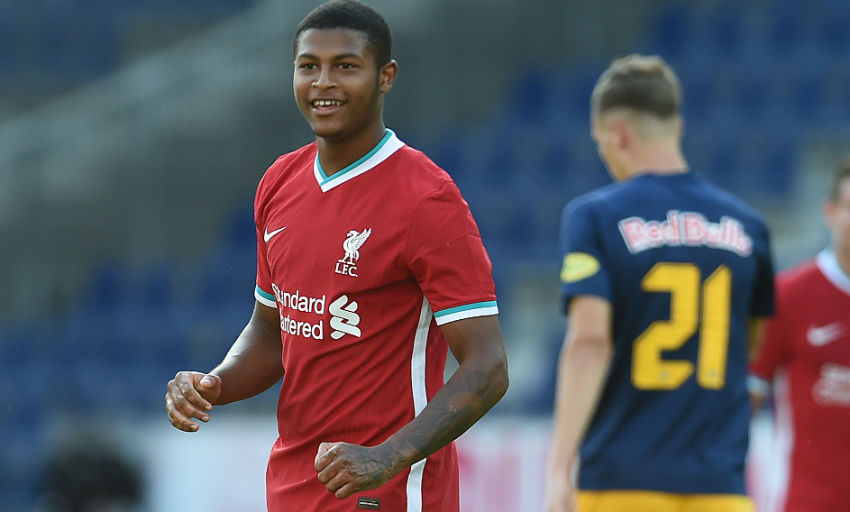 The champions pulled a goal back on 71 minutes when neat work from Minamino and Milner resulted in the latter squaring for Brewster to hammer in.

And the 20-year-old levelled up the scoreline with a controlled finish shortly afterwards. Oumar Solet misjudged his header from Ki-Jana Hoever’s long ball forward, with Walke then crashing his attempted clearance against Jones having raced from his line.

The ball spun into the direction of Brewster, who displayed great composure to crisply hook into the unguarded goal on the half-volley.

Both teams had opportunities in stoppage time, Sekou Koita being denied by Nat Phillips and Harvey Elliott shooting wide of the post.