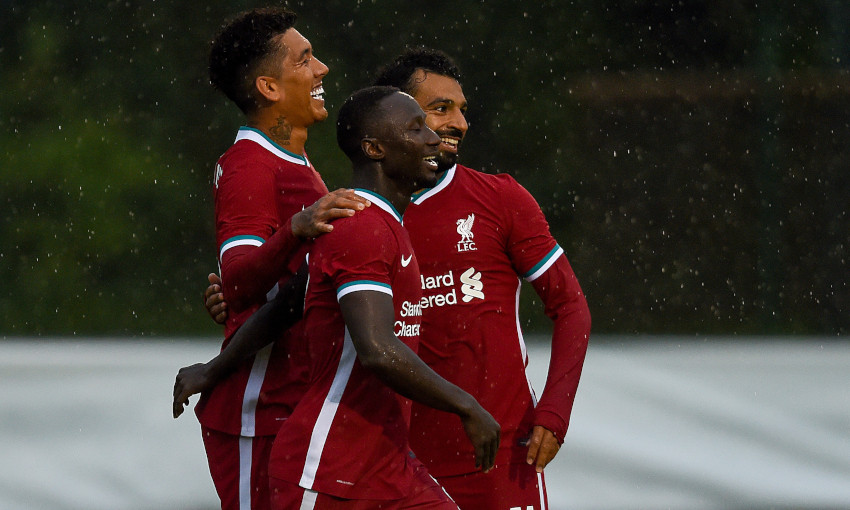 Liverpool recorded a 3-0 victory over VfB Stuttgart in their opening pre-season friendly of 2020-21 in Austria on Saturday evening.

Roberto Firmino tapped the Reds into the lead against the Bundesliga club with 15 minutes on the clock in Salzburg, steering in from Curtis Jones’ low centre.

Firmino then claimed an assist for the champions’ second as he flicked a Mohamed Salah pass into Naby Keita, who prodded beyond Gregor Kobel.

Rhian Brewster rifled in another midway through the second period as Liverpool sealed a comprehensive win in a good workout.

Liverpool fielded a different XI in each half in Salzburg, with Jürgen Klopp giving minutes to 23 players in total. 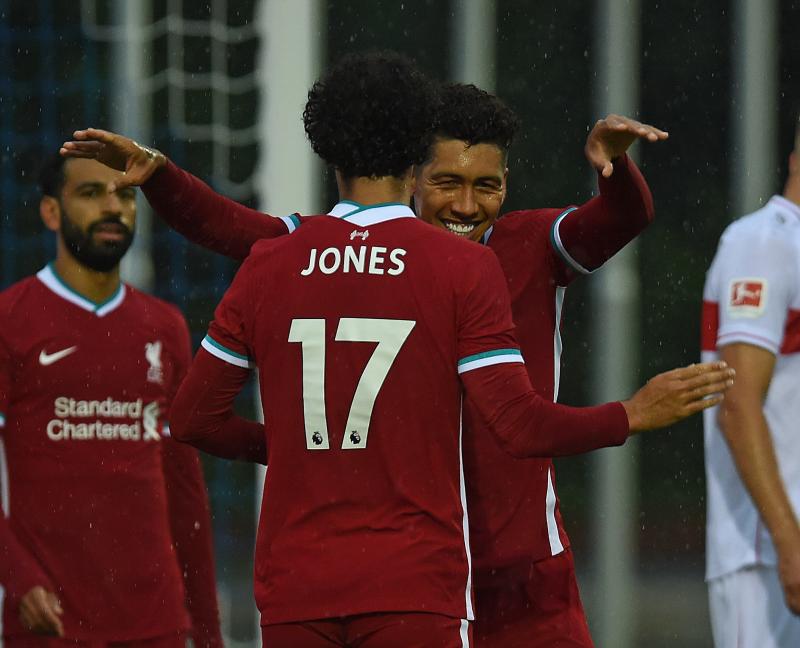 Having enjoyed a week of training in warm sunshine, Liverpool got the encounter under way at the SaalfeldenArena in the midst of heavy rain, as well as thunder and lightning.

But after an evenly contested opening, the Reds took the lead on the 15-minute mark when Jones wriggled into space inside the box and squared for Firmino to tap in from close range.

Moments later, a slick give-and-go between Sadio Mane and Keita fashioned a half-chance for the former; however, he was thwarted by a challenge from Waldemar Anton.

At the other end, Erik Thommy shimmied into a shooting position for Stuttgart, but sent a low effort skimming beyond the far post.

On 38 minutes, with the rain now hammering down, Andy Robertson swung in a free-kick from the left, which Virgil van Dijk glanced beyond the upright.

Nevertheless, the champions did go further ahead soon after.

Salah carried the ball forward from a deep central position before laying it into Firmino. The Brazilian deftly touched it into the path of Keita with a trademark flick, which the No.8 finished with aplomb. 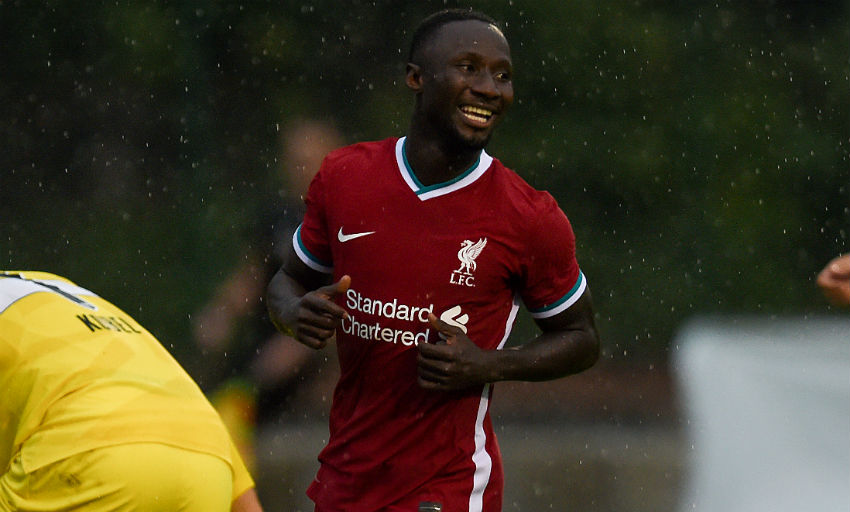 As he stated pre-match, Klopp elected to make 11 changes at the break, which meant a debut for new signing Kostas Tsimikas.

Harvey Elliott crashed a free-kick into the wall and Marko Grujic nodded just off target in the early exchanges as Liverpool looked for a third.

It duly arrived on 68 minutes, though, when James Milner’s low cross deflected into the vicinity of Brewster, who thumped in from six yards out.

Stuttgart twice threatened to reduce the arrears, but Adrian was equal to efforts from Philipp Klement and Tanguy Coulibaly.

Kobel denied Milner the finish to a well-worked move when his header from Elliott’s gentle flick was clawed away by the goalkeeper, though the outcome had long been determined.