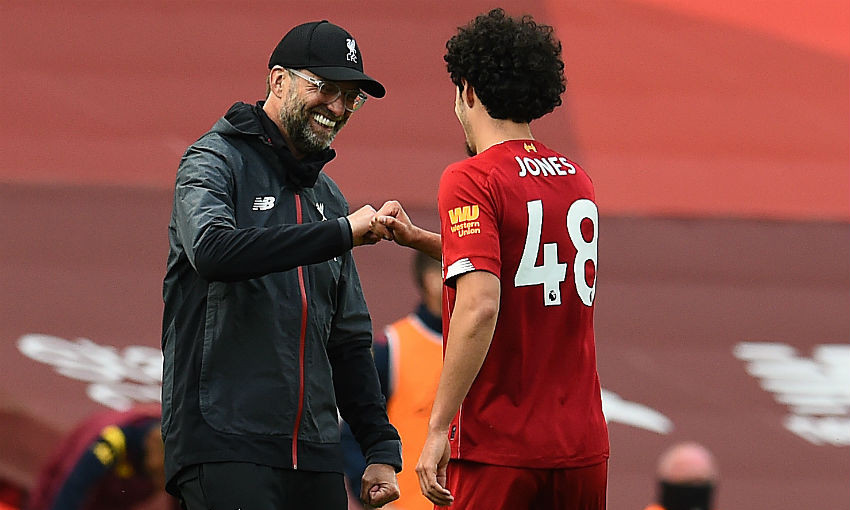 As a result, Jones – who will wear No.17 for the upcoming campaign – is massively appreciative of all the world-class guidance, support and motivation he's received from the Reds boss.

When asked how much of an honour it is to play under Klopp, the 19-year-old told Liverpoolfc.com: "I've got one word and that's perfect.

"He is perfect for any type of player – defender, midfielder, attacker, 'keeper, anything – because he is somebody that is, he's like a father figure to anybody.

"It doesn't matter if you are captain, vice-captain, young player or a regular starter, he is somebody that you respect so high.

"He is somebody that when you are doing well he will be the first to tell you, but then when you're not he's also the first to let you know.

"He's someone for me that is guiding me well. He's always put me on at the right times when he knows it's perfect for me to come and play. He's never not put me in the deep end when I might not play as well as I can, he just knows when the games are always right, so he's perfect.

"On the side of that, he's a great man and his character is top! I love working with him and I hope to spend many, many more years with him."