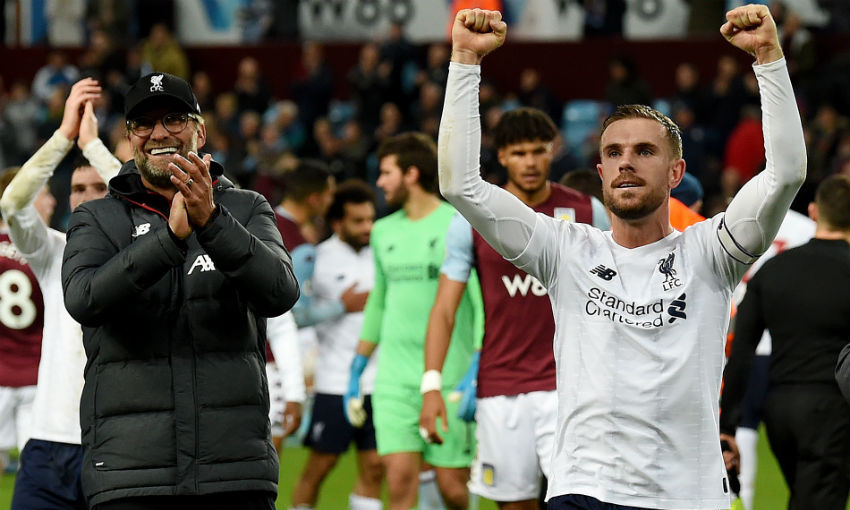 Jordan Henderson attributes Liverpool’s ability to consistently conjure up vital late goals to a mindset that has become part of their identity under Jürgen Klopp.

This season alone, the Reds have earned 13 Premier League points by scoring in the last 15 minutes of games - with perhaps the most dramatic contribution to that particular statistic coming against Aston Villa back in November.

Heading into the 87th minute at Villa Park, the hosts led 1-0.

By full-time, though, Klopp’s side had somehow dug out a victory, thanks to Andy Robertson’s equaliser and Sadio Mane’s winner, which arrived four minutes into stoppage time.

And Henderson has explained how the attitude required to achieve such results has been ingrained since the boss’ arrival at Anfield.

“That sort of mentality and that resilience within us, especially this season, has been massive in terms of the games that we have won. I feel as though that is something that the manager really started to instil in the squad,” the captain told Sky Sports.

“When he first came [to the club] I can remember him talking about never ever stopping and finishing or changing your mentality in a game. You always keep going no matter what happens in a game, no matter what score it is, right until the very end because you never know what can happen in football, and you need to keep the same mentality and keep going right until the end.

“I can always remember that right from the very beginning and if I look back through the time that he has been here - you look at games like Dortmund in the Europa League, coming back like we did in that game.

“Little games in the Premier League that people might not really pick up on, but when you go back I think it has been a progression over a few years and not just one season. I think this season has been massive in terms of the consistency of it.

“But I really feel as though that was a work in progress and now it’s part of our identity really: that no matter what happens within the game then we never stop and never change the mentality until the game has finished.”