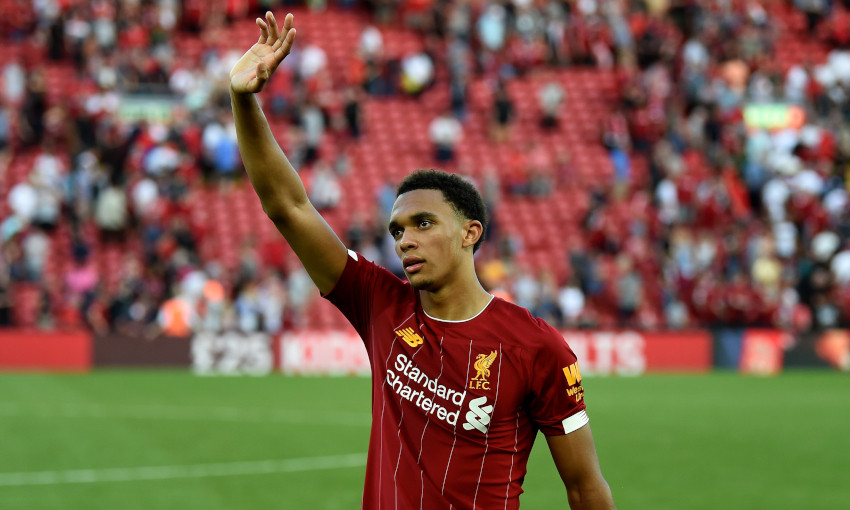 Trent Alexander-Arnold takes his status as 'the Scouser in the team' seriously.

Already a Champions League, UEFA Super Cup and FIFA Club World Cup winner with the Reds at the age of 21, the right-back has also earned his very own song from supporters heralding his emergence from the local community into the first team.

It’s a mark of respect Alexander-Arnold cherishes – but, equally, believes comes with a duty when he steps onto the pitch.

“It was one of the proudest moments of my life, definitely,” the No.66 told GQ of the first time he heard the song from the stands.

“It’s something I’m massively proud of, something I think comes with responsibility. I don’t take it for granted, because I know it’s so hard to do it.

“It’s probably everyone in the stadium’s dream to be that person who’s in the team who’s from the actual city that they’re from and to be able to do that having been a fan growing up.”

Alexander-Arnold continued: “I think it’s an honour [to be a Scouser], really. It’s probably one of the best things you can be.

“Everyone’s got the same beliefs, the same drive to succeed, the same hard-work ethic, the tenacity. The passion in what they believe in is a massive thing in this city.”

After setting a new record for assists by a defender in a single Premier League season in 2018-19, with 12, Alexander-Arnold had equalled that tally this term before the suspension of the campaign due to the coronavirus outbreak.

His most recent appearance was his 125th for the club since debuting under Jürgen Klopp in October 2016, but the England international refuses to let any sense of achievement influence his mentality.

“I’m not where I need to be and where I can be. So there’s no point putting a label on it, in my mind. I still have a lot of improvement to do.

“Growing up, there were always indications of it [becoming a top footballer], but, for me, it was just about playing every game. I wanted to win every game.

“It was never me thinking, “I’m put on the planet and I have to be a footballer,” it was more just every day going to train and wanting to win and wanting to be as competitive as possible.”

He added: “I try to play as well as I can to help the team win stuff.

Where Alexander-Arnold is unequivocal is his appreciation for the management of Klopp. 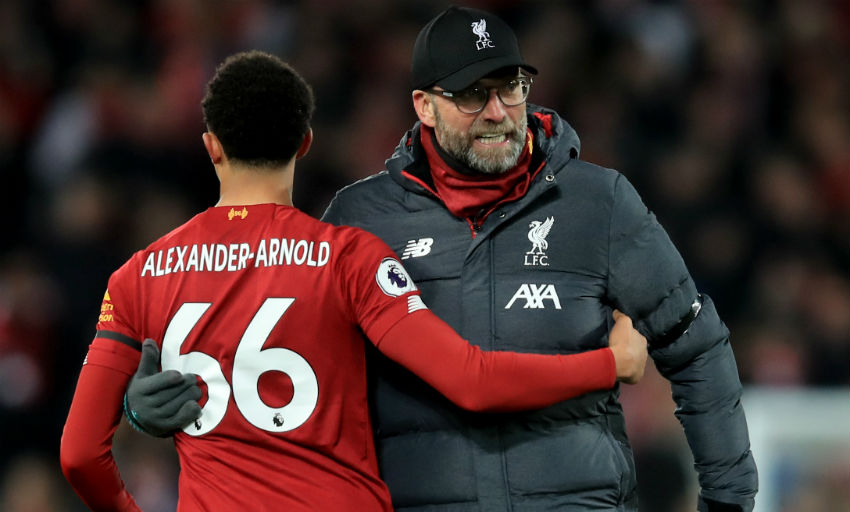 “Unbelievable,” he replied when asked to describe the boss in one word. “Just everything about him in every way. His man management... as a person, as a manager. Just unbelievable.

“People probably have a conception of him as maybe being very emotional, heart on the sleeve. Which he is to an extent, but he knows how to control it in ways that are beneficial to everyone around him. He knows what needs to be said and what tone it needs to be said in, at the right time.” 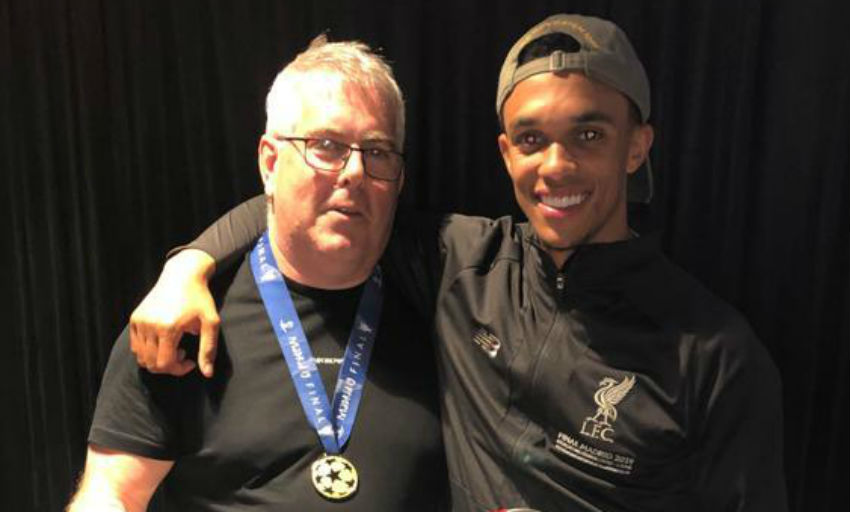