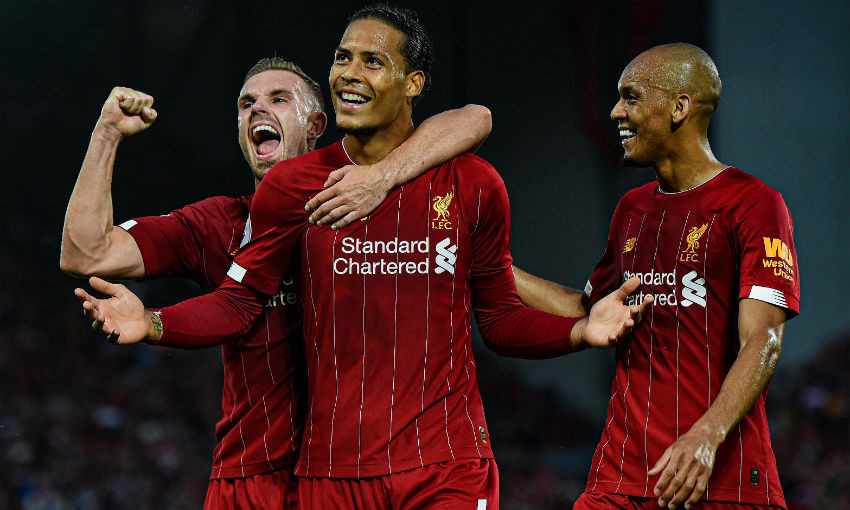 Liverpool's assault on the Premier League title began with a resounding 4-1 victory over Norwich City.

Last season's runners-up made their intention to go one better this time around clear in a consummate first-half performance on the opening day of the 2019-20 campaign.

Grant Hanley's early own goal was added to by Mohamed Salah, Virgil van Dijk and Divock Origi as the Reds stormed into a four-goal, half-time lead at Anfield.

Teemu Pukki later pulled one back for Norwich, but the hosts were always in command on an evening where the only notable negative came in the form of the calf injury sustained by Alisson Becker prior to the break.

Watch extended highlights of Liverpool's comprehensive season-opening win against the Canaries back below...