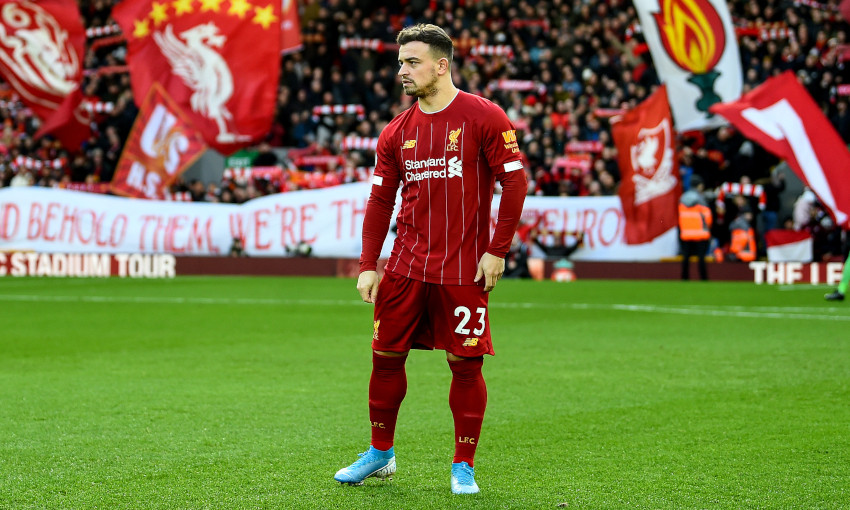 Xherdan Shaqiri is aiming to be back in contention swiftly after missing the weekend win over Manchester United due to a minor calf injury.

The Liverpool attacker sat out the 2-0 Premier League victory at Anfield having picked up the knock at Melwood – but is eager to quickly make himself available again.

“It is just slight, I had a little problem in training,” Shaqiri told Liverpoolfc.com on Monday morning. “So I hope I might be back later this week. Let’s see, I cannot say now but it will be good if so.”

The No.23 had been brought on as a substitute in the previous Reds fixture at Tottenham Hotspur for his 10th appearance of the campaign.

And Shaqiri now wants to put the frustration of injury setbacks behind him and contribute as Jürgen Klopp’s side compete for the Premier League, Champions League and FA Cup in the second half of the season.

“I didn’t have a lot of playing rhythm. I missed pre-season also and there were different reasons why I got some knocks maybe,” the Switzerland international added.

“I’m staying positive and I still try to have the opportunity to give my best and to help the team.”