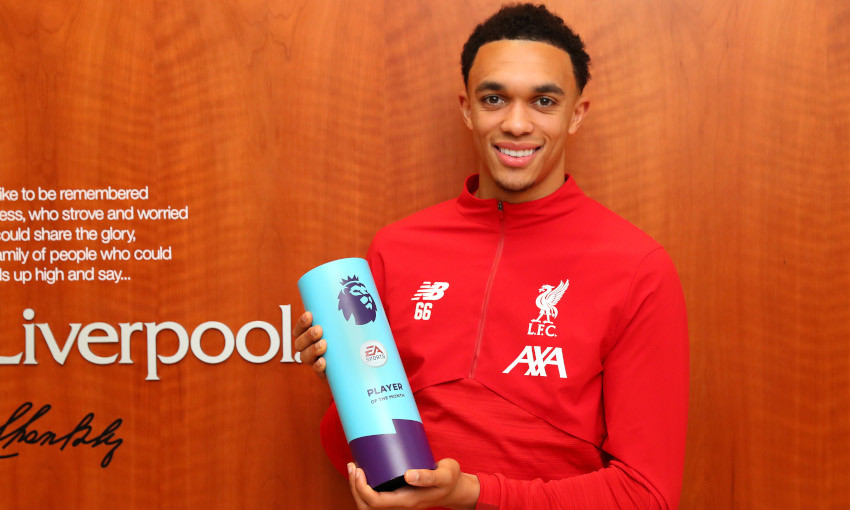 Trent Alexander-Arnold has today been named the Premier League Player of the Month for December.

The full-back’s outstanding form during the final month of 2019 was rewarded with the accolade at Melwood on Friday.

A productive December saw Alexander-Arnold chalk up one goal and three assists, as well as helping Liverpool keep four clean sheets as they won each of their five fixtures in the division to maintain a 13-point lead at the summit.

It ensured the trophy remained at Melwood after Sadio Mane won November’s edition of the honour.

Earlier this week, Alexander-Arnold was named as Liverpool’s Standard Chartered Player of the Month.