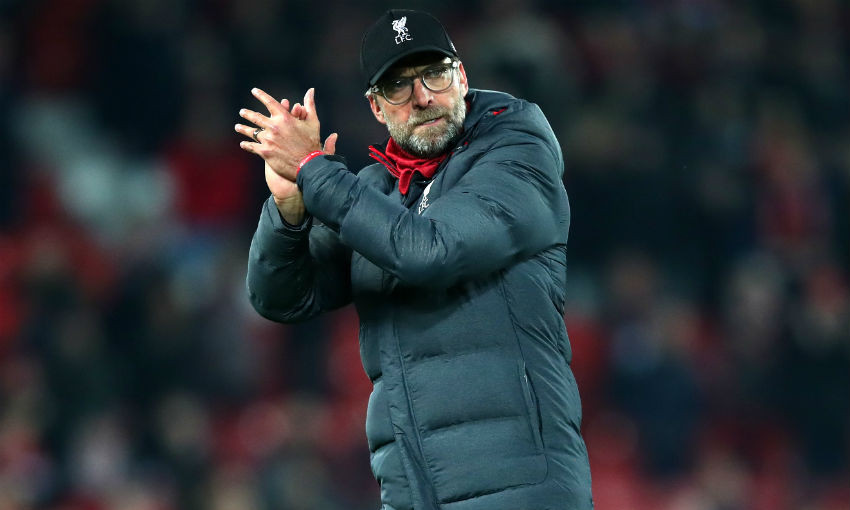 Jürgen Klopp stressed the need for all those of a Liverpool persuasion to give everything across 90 minutes in order for Anfield to remain a fortress.

The Reds' 1-0 victory over Wolverhampton Wanderers on Sunday restored their 13-point lead at the top of the Premier League and secure the achievement of going the entire calendar year unbeaten at home.

Two more fixtures at Anfield are now in focus with the visit of Sheffield United quickly followed by Everton's arrival in the third round of the FA Cup.

"I'm really proud of them [the players] and I really hope our supporters are proud as well," the boss told Liverpoolfc.com after the Wolves win.

"How I said, the rest of the season, it's not the situation where it's 0-0 and people can get nervous. We will not be.

"These boys showed now so often that we just fight with all that we have – that's what we need from the crowd.

“I'm not sure which was the last home game before we played in Qatar, but I know that was kind of a nervous atmosphere. The boys really need pushing.

"Tonight was a fight, which we obviously fought together. At the end, we won it.

"It's hard, really hard, but nobody is moaning about that. We really don't look for excuses. These boys throw everything in what they have and that's what we try on the 2nd of January again."