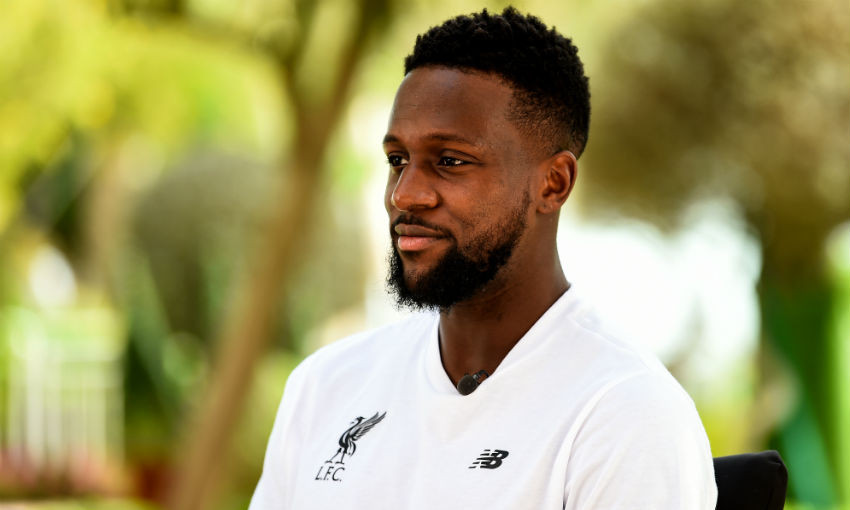 Divock Origi hopes the emotions a return to Estadio Metropolitano will produce can drive Liverpool on in their Champions League last-16 tie with Atletico Madrid.

Monday's draw for the knockout stages pitted the Reds with the La Liga outfit as Jürgen Klopp's side head to the scene of June's triumph in the competition for the first leg on February 18.

Having netted the clincher against Tottenham Hotspur there in the tournament showpiece a little over six months ago, the location holds fond and ever-lasting memories for Origi.

Speaking to Liverpoolfc.com while in Qatar for the FIFA Club World Cup, the No.27 said: "I think it's very emotional.

"To go back there and know that you won such a special prize – for my own life and for the team as well – it will be a place that we will cherish.

"It will be very special and hopefully push us even more to go and get the win at Atletico."

Two-time Champions League finalists under the management of Diego Simeone, Origi is fully aware of the tough test Atletico will provide in Spain and then on Merseyside.

"It's a special place to obviously play against a special team, a respected team, very solid team and talented team," he added.

"We like games like this. I think as a footballer you prepare for games like this and you just have to play the game to the fullest and try to win it.

"Obviously for us it will be special to go back but for now the mindset is just to go there, try to do the most and then get back to Anfield and make another special European night."